2016 has seen the inauguration of the Static Roots Festival at Zentrum Altenberg in Oberhausen (Rheinland), Germany.

The festival 2016 was a great success. With Leeroy Stagger (Canada), The Wynntown Marshals (Scotland), John Blek & The Rats (Ireland), Malojian (Northern-Ireland), Meena Cryle & The Chris Fillmore Band (Austria), The Midnight Union Band (Ireland), and Anna Mitchell (Ireland) it was a great line-up. And if Daniel Romano (Canada) had entered the correct address into his GPS the crowd would have enjoyed him as well.

There was an international audience with guests from Ireland, England, Wales, Scotland, The Netherlands, Belgium, Switzerland, Austria, Canada, and Germany, of course. 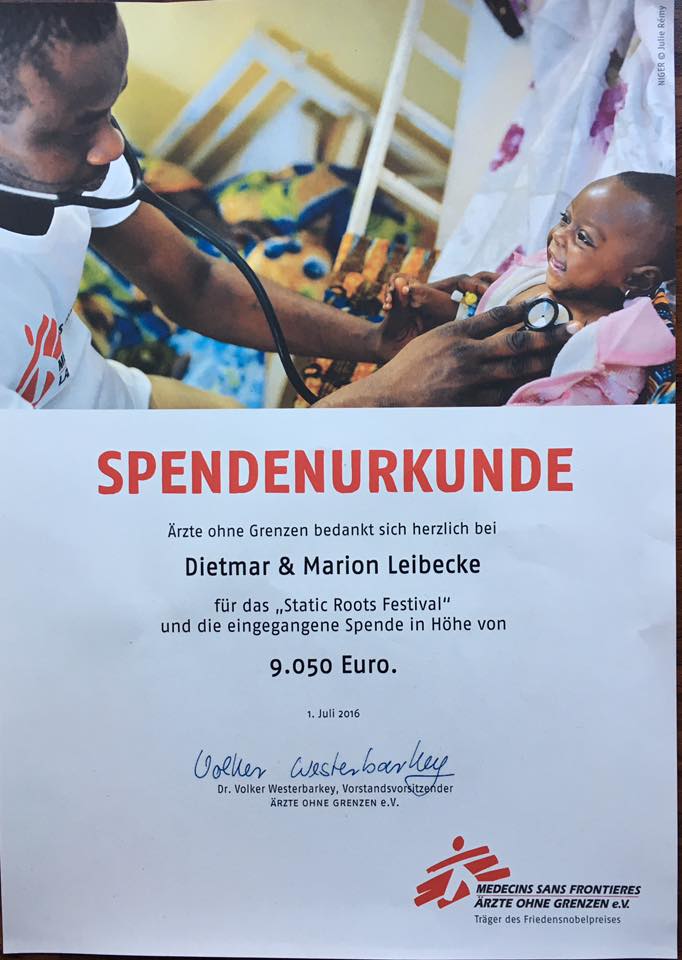 The festival got some great online reviews on its Facebook page and the web (find a german one from gaesteliste.de here) and two radio shows airing 30 – 60 minutes reports about the Static Roots Festival. (here is a link to the podcast of the Canadian radio show “Tell The Band To Go Home” with Jeff Robson from Winnipeg: ).

In combination with the 2016 festival a fundraiser campaign for Doctors Without Borders/MSF was set up and raised a total of 9.050 EUR.

More info required? Get in touch with us here