2016 has seen the inauguration of the Static Roots Festival at Zentrum Altenberg in Oberhausen (Rheinland), Germany.

The festival 2016 was a great success. With Leeroy Stagger (CAN), The Wynntown Marshals (SCO), John Blek & The Rats (IRL), Malojian (Northern-Ireland), Meena Cryle & The Chris Fillmore Band (AUT), The Midnight Union Band (IRL), and Anna Mitchell (IRL) it was a great line-up. And if Daniel Romano (CAN) had entered the correct address into his GPS the crowd would have enjoyed him as well.

The readers of the LonesomeHighway.com magazine voted this first edition of the Static Roots Festival one of the three best Americana festivals in 2016 (next to AmericanaFest, Nashville, and Kilkenny Roots Festival, Ireland).

There is an excellent press, radio (public national radio) and TV coverage, the press calls the festival “the most memorable festival experience of the year”, “magnificent”, “brilliant line up”, “must-attend event”.

The festival has also attracted a lot of international guests from Ireland, England, Scotland, The Netherlands, Belgium, France, Spain, Canada, Switzerland and Austria. We bring people together for a great weekend of peace, love, rock’n’roll, and friendship.

On the festival Friday, we organize the StaticRuhrTour. Oberhausen is in the middle of one of the most industrialized areas in Europe, the Ruhrvalley (“Ruhrgebiet”). The Ruhrvalley is a melting pot: for more than 200 years people from all over Europe (Poland, Italy, Turkey, Greece, Spain, …) came here to find work. And they also brought their cultures. We’ll take you to iconic industrial (and non-industrial) places, we might have a local Currywurst, and a Pils beer. We want to give you an understanding of the distinctive charm of the area.

More info required? Get in touch with us here 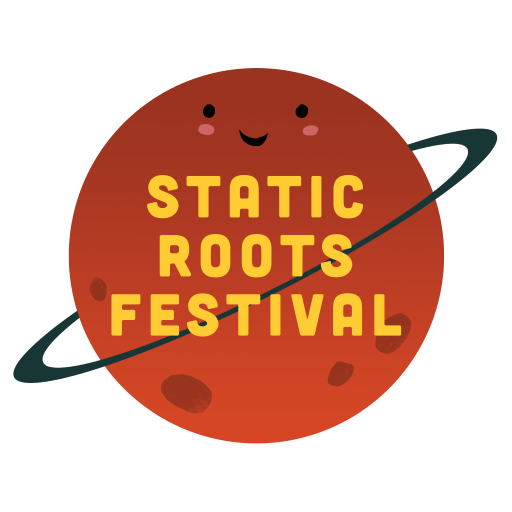