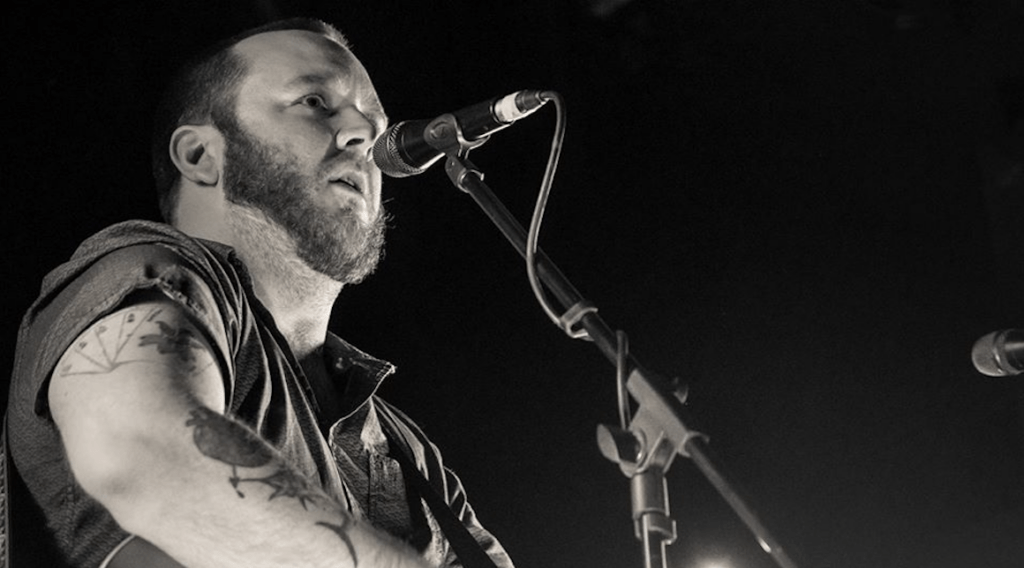 The first announcement for the line-up of the Static Roots Festival 2019: the fantastic

will be rocking out the big stage with his great band!

Luke Tuchscherer (pronounced Tuck-Shearer) is an acclaimed British singer/songwriter based in New York City, USA. A couple of years ago, an amazing British Alt.Country/rock band caught our attention, The Whybirds, where Luke was one of the songwriters in the band. We were following his career since and were blown away by his debut album “You Get So Alone At Times That It Just Makes Sense”.

He released his second album, Always Be True, through Clubhouse Records on 2 June 2017. The album entered the UK’s Official Country Chart at #17, rising to #15 the following week. It entered the Americana Chart at #25.

His third album, Pieces, was released through Clubhouse Records in July 2018.

Luke writes great rock songs but he is also a master of the most beautiful ballads (“When The Dream Dies” or “Darling, It’s Just Too Hard To Love”) and Dave Banks on guitar adds some amazing guitar playing to the music.

What the press says:

“If you like Springsteen, Petty et al, then you should definitely purchase this album of unostentatiously classy masculine rock.” – Rock N Reel (5/5)

“A gloriously unholy racket. A hugely enjoyable punch-the-air album with depth and power. A delight from start to finish.” – Americana UK (8/10)

“Apart from writing melodies that hit hard and take an age to fade from your mind, his lyrics are just as powerful. Even with so much great new music currently out there it’s no exaggeration to say that Pieces must feature in those best of 2018 end of year lists.“ – Penny Black Music

“Luke Tuchscherer shakes off the country label and fires up the volume.” – Roots Highway

“This album does not disappoint. For anyone who finds solace in shared life experiences, Pieces is a must.” – Altcountry.nl

“Both a fresh start and a return to the past, music inspired by largely American icons finding its way back home. Luke Tuchscherer comes out all guns – not to mention guitars – blazing.” – Dancing About Architecture

“Fuzzy guitars and razor-sharp observations will appeal to the rockier end of the Americana world. Tip top.” – Rocking Magpie

“The follow-up to last year’s Always Be True is a far tougher, rockier proposition, the now New York-based singer returning to the harder hitting roots rock he played in The Whybirds now that they’ve finally called it a day. The band may be no more, but as this album amply demonstrates, Tuchscherer’s integrity remains undiminished.” – Fatea Magazine

“It has the atmosphere of a sweaty, overcrowded club on a Saturday night, with the understanding that there is still plenty of subtlety available to avoid the storm of decibels growing into a hurricane. A very clever record.” – Rootstime

“Luke Tuchscherer has taken a turn towards the harder, rockier end of the Americana spectrum, which may well appeal to those who favour the rockier moments of Steve Earle, Tom Petty and Springsteen. If you like your music to have a rockier edge then these pieces will fall into place.” – Lonesome Highway

“Tuchscherer can not only compete with the best British singer/songwriters but also with the top international alt.country acts. He brings 10 flawless songs to Always Be True that immediately feel like classics and beg to be covered in Nashville. One of the best Americana albums of 2017.“ – Heaven (8/10)

“If you like your country on the outlaw side, if you enjoy a well-written slow song, if quality musicianship makes you nod your head and smile, then you will appreciate this album.”– Country Music People (5/5)

​“Luke Tuchscherer has an uncanny knack for writing songs that are not only instantly appealing but also so melodically rich you’ll find yourself returning to them time and again. All 10 songs are excellent.“ – Penny Black Music

“The literacy of his lyrics and the superb arrangements lift the album above many who could be considered his peers. But his greatest strengths are the warmth and quality of a voice that ensures he can master any emotion he wishes – perfect for his take on country music – and the incredible melodies that are so catchy they will have listeners mistakenly thinking they are familiar with them.“ – American Roots UK

“You’re thinking about early Jayhawks and Steve Earle, as well as Gram Parsons-era Byrds… These are the best names I mention here, but I mean every word of it. It has taken Luke Tuchscherer three years to make a new record, but it has been more than worth the wait. One for the year-end lists, for sure.“ – Dani Heyvaert, Rootstime

“It’s got a strong vibe of Springsteen at his most blue collar running through the album, which is high praise indeed. Really strong songs. Hugely impressed.” – Ralph McLean, BBC Radio Ulster

“Electric ballads of hopes and dreams… It’s interesting that an Englishman is the keeper of the roots rock born by the ashes of Uncle Tupelo and Whiskeytown.” – Roots Highway

“Always Be True is not just a fine addition to the UK Americana scene but also a fine addition to any contemporary music scene and deserves to be heard way beyond the confines of any musical genre. I thoroughly recommend it.” – Fatea Magazine

“Simply sublime… reminds one of The Jayhawks at their best. Tuchscherer hits the heights…” – Blabber ‘n’ Smoke

“On the opening track, he sings: ’I’m feeling half dead nearly half the time, just waiting for my day to come.’ With this album, it’s arrived.” – Folk Radio

“Luke Tuchscherer knows his way into a good song, and You Get So Alone… is loaded with them. Invoking love, loss and the intricacies of the human condition, Tuchscherer’s impassioned vocals and tasteful Americana instrumentation herald him as one of the finer new singer/songwriters of today.“ – Rob Bleetstein, Americana Radio Chart founder

“Tuchscherer’s ability to create such an engaging collection should ensure that You Get So Alone At Times That It Just Makes Sense will be a contender for an appearance on any year-end list.” – Americana UK – (8/10)

“An impressive collection of 12 well-crafted songs… It’s an excellent debut that reminds us of Ryan Adams’ Heartbreaker in its thematic and emotional impact – a great compliment indeed.” – R2 (Rock N Reel) – (4/5)

“My only excuse for not reviewing this fabulous album sooner is that I was too busy playing it, over and over. This album should be heard and then celebrated.“ – Northern Sky – (4/5)

“Luke is a terrific lyricist who gains a deep sympathy for his songs’ leading characters, although it is not just the power of the lyrics. His warm evocative vocal style has a natural dramatic quality and the arrangements couldn’t really be improved upon. An outstanding album that contains absolutely no filler.” – American Roots UK

“This record is awash with top notch writing, stellar playing and more importantly connects instantly. The decision made by Luke Tuchscherer to follow his heart and veer down this path has been rewarded with a strong emotive album right at the core of what makes this genre so special. You Get So Alone At Times That It Just Makes Sense should possess two warnings: not for the faint of heart, but essential for those who know good music.” – Three Chords & The Truth