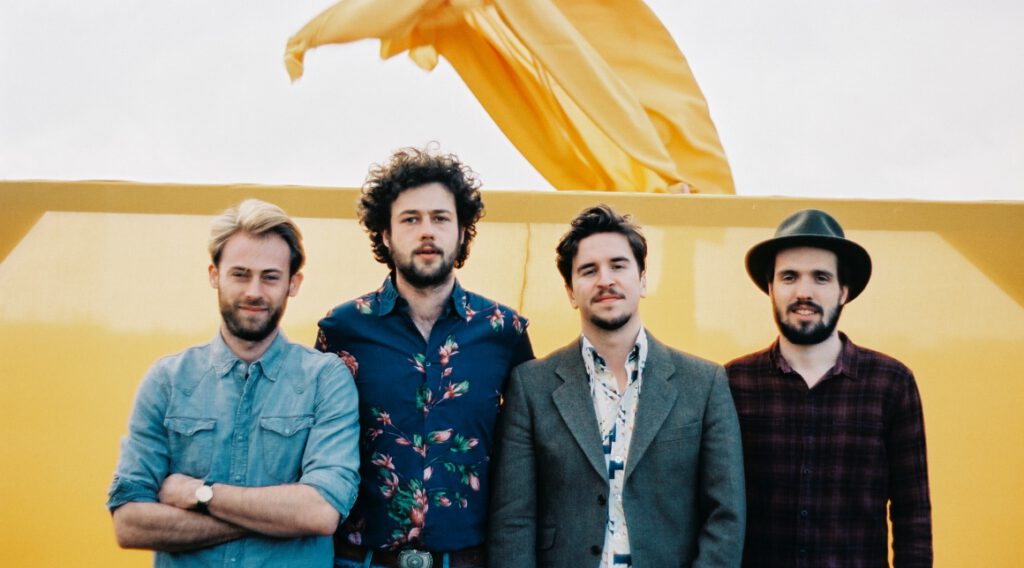 2018 at the amazing “Once In A Blue Moon” Americana festival in Amsterdam, these guys won over the audience within minutes and got 4.000 people dancing along to their late 60s/early 70s Americana-Soul.

Who said roots can only ever be retro? Although it may seem as if The Dawn Brothers arrived from the past through a time machine, these players are focused firmly on the present – and the future! On brand new single ‘Sweet Love’, the promising lead single from the Dawn Brothers’ second album, the band sound like a vintage van with the engine of a sports car. It couldn’t be more clear: the dusk has made way for the dawn of an entirely new era, in which the sixties and seventies are still the starting point but no longer the destination. What is? Somewhere in the middle of nowhere, where it smells of recently dropped fresh rain and a slide guitar howling in the distance. Oddly resembling characters from a Quentin Tarantino film, the Dawn Brothers pause briefly to smoke a stub. ‘Sex, drugs and rock-‘n-roll’, that’s serious business for these Rotterdam rockers. Full throttle without fuss, seems to bethe slogan.

On their second album, again helmed by producers Pablo van de Poel (DeWolff) and Mischa den Harting (T99), it becomes even clearer how madly in love Levi, Rowan, Rafael and Bas have fallen with the music they’re making. Of course, the Dawn Brothers played records by Bob Dylan and his completely musical-minded Band until there was nothing left of them. That, however, does not mean that their stage is filled with grotesque Silverface amps or that they cover their toms with dishcloths: these skilled musicians are searching for their own sound. It seems they’ve found it, some two years after their foundation. Only last year, the individually formed musical masterminds started to move from the studio to the stage, where they were quickly forged into a four-piece truly deserving of the title brothers.

It helps that the level within the band has become so high that it is almost beyond the point to give each other feedback, however constructive. Instead, every band member feels urged to perform at his very best time and again. Every cog is crucial, from Roman de Vos’ spacious keys to Rafael Schwiddessen’s balanced drums. The machine that emerges when the Dawn Brothers come together can simply not be stopped: only last year, the band played over 150 shows. In a span of just ten months, the band played the legendary Paradiso seven times, while the quartet is also rapidly becoming a household name in Germany and the UK.

That stub, then, has already been tossed away again. The road awaits and theseroad hogs don’t intend to keep it waiting too long. Instead, they drive off in a devilishpace, leaving friend and foe in a scurry of dust and soulful rock. Don’t distress, however. On ‘Sweet Love’, Bas van Holt, one of the band’s two lead singers, makes a solemn vow: “I’ll be back for more, trust me.”

Watch the Dawn Brothers’ spectacular performance at Rockpalast in 2018: