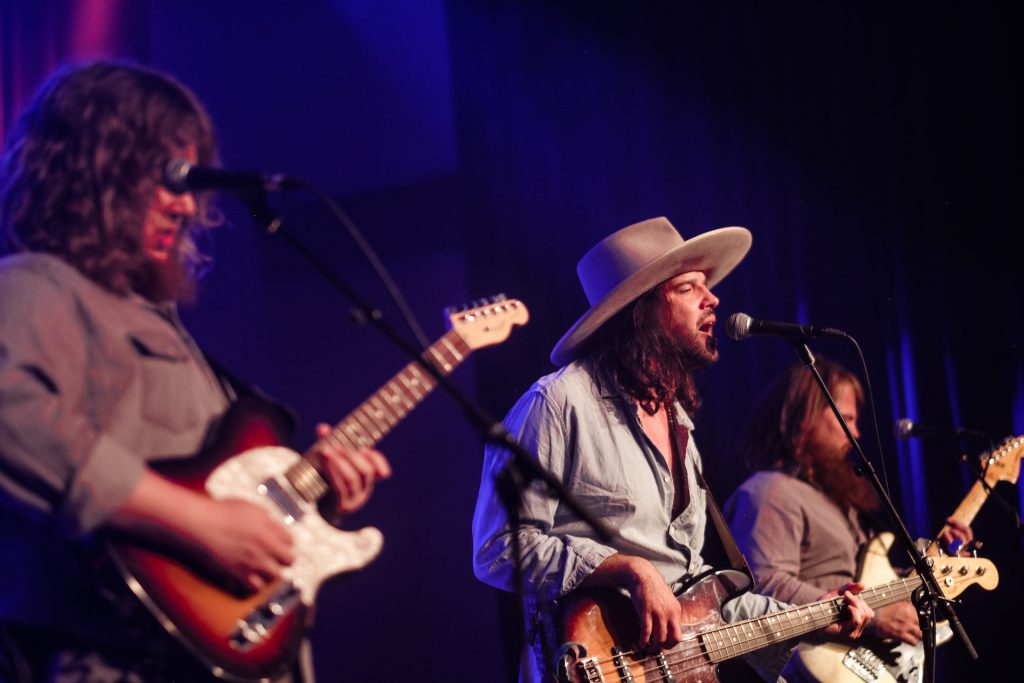 Do you remember the festival video from Static Roots Festival 2019? Check out this short sequence… “Oh, did we dance!…We’ll be back next year,…”

This is what the Rolling Stone says about the Cordovas:

Sounds Like: The harmony-heavy, guitar-fueled house band at a Big Pink keg party in 1968

Why You Should Pay Attention: Already cult favorites in Nashville, Cordovas have built honorary home bases across the globe, thanks to recurring shows in Todos Santos, Mexico – where ringleader Joe Firstman runs the yearly Tropic of Cancer Concert Series – and a touring schedule that recently including headlining gigs in Sweden and a stateside run alongside the Turnpike Troubadours. The band’s sound, though, is decidedly American. Caught halfway between Duane Allman’s Telecaster twang, the Dead’s hazy harmonies and the stoned swoon of California’s folk-rock heyday, Cordovas wring new life from older influences, hoisting their freak flag high on their upcoming album, That Santa Fe Channel.

They Say: “We did everything live,” Firstman says of That Santa Fe Channel, which was produced by the Milk Carton Kids’ Kenneth Pattengale. “Even the harmonies were recorded together, with all three of us singing. We probably did 15 takes of the first song, ‘This Town’s a Drag.’ Kenneth wanted it to sound as real and authentic as possible, and when I listen back, it gets better and better every time.”

“Famished and under the influence of various potions, my energy-less situation was deflated further by a soul-crushing depression. So then why on Earth was I smiling and dancing merrily like some blissed-out mad fool of the bacchanal this wintry Wednesday night at Saint Rocke? Cordovas on Earth, that’s why.” – Jeff Vincent, dirtyhippieradio.com

“This new album by roots-rock band, Cordovas, is the total package, the real deal; it comes busting out the gate wide-eyed and bushy-tailed, ready to take on the world like a glittering rattlesnake.” – The Line of Best Fit (9/10 review)

“Cordovas and That Santa Fe Channel are Americana through and through, with a clear-cut influence from traditional country and the Grateful Dead along with rich melodies and tight harmonies.” – Billboard

“Matching crunching indie rock with elements of county and Americana, it’s a must for anyone who fell for Uncle Tupelo, Beachwood Sparks, or even luminaries such as Gram Parsons.” – Clash (UK)

“Sound like the lonesome LA cowboys who spawned mournful ’70s-vintage country rock, with a dollop of the Band thrown in for good measure.” – Boston Globe

“Their harmonies are rooted in American roots-rock music tradition, yet still, they come across as refreshingly unique with plenty of nuance and charm. There’s a gritty warmth that gently sweeps across their brand of homespun Americana. It’s built on countless shows and endless practice to create a robust and natural flow.” – Wide Open Country

“Will provide some oomph to a Saturday night or serve as an apt soundtrack while driving across America on one of those long, flat highways.” – No Depression

“By the way, Cordovas were my favourite band ever at the fest!” – P. Spencer, Maverick Festival, UK