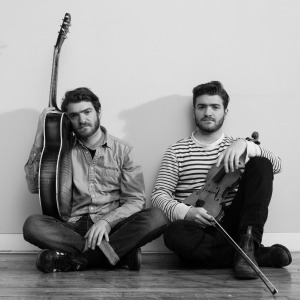 Their sound is striking and undeniably captivating. Often leaning towards the darker, moody elements of Appalachian folk, and bluegrass traditions, their songs are laden with near perfect sibling harmonies or unison singing, compelling writing, and imaginative arrangements. The songs of Adam and David are sometimes bittersweet, sometimes light-footed and airy, then again melancholic-bluesy, an intense intoxication of mixed emotions that magically captivate the audience. Violinist Adam Moss and guitarist David Moss accompany each other with a fine, tonal network of harmonies and rhythms which – in their simplicity – distinguishes the duo as great masters.

The Brother Brothers carry the folk tradition for a new generation. Identical twins David and Adam Moss honor contemporary aches with the nostalgic tenderness of another time on their debut full-length album, SOME PEOPLE I KNOW, out October 19, 2018 on Compass Records. Their stunning songcraft blends masterfully gentle guitar, cello and five-string fiddle with the sublime sort of two-part harmonies only brothers can carry. Their palpably fraternal stage presence and wonderfully familiar heart have earned repute among a modern folk scene; The Brother Brothers have opened for Big Thief, Lake Street Dive, Shakey Graves, and in the fall of 2018, embarked on a 26-date national tour supporting I’m With Her.

Recorded at Mark Ettinger’s Lethe Lounge in New York City with producer Robin Macmillan and engineer Jefferson Hamer, The Brother Brothers capably capture a modern snapshot of their surroundings. Yet, SOME PEOPLE I KNOW retains a timeless feel – something that the brothers were aiming for.

“I just want people to listen to it once and want to listen to it again,” David says of the album. “And every time they listen to it, I want them to find something new and in some way relate it to themselves. Whether they’re listening to it today or in 40 years, I hope it will make them feel just the same.”

Brooklyn based fiddler and songster Adam Moss’ musical career can most easily be characterized by the variance of his influence. Adam loves and plays in the Klezmer, Bluegrass, Old-time and swing traditions which lends itself to a very unique and innovative style in performance setting. He is actively touring with Boston’s Session Americana, Brooklyns The Defibulators, Ana Egge, and has formerly toured with  Anais Mitchell’s “Hadestown,” and Texas’ 3 Redneck Tenors.

“When David Moss sings you his songs he rips your heart out, throws it on the ground and stomps on it, then picks it up and gently places it back in your chest…then he punches you.” — The Lula Wiles (2015)

Originally from Peoria, IL, David Moss began his musical journey playing cello and singing in various formats from a very young age.  After re

ceiving a degree in cello performance from the University of Illinois (Urbana-Champaign), he moved to Austin, TX in 2007 where he immediately formed with the trio The Blue Hit.  There, David attended the Kerrville Folk Festival, and before long was playing guitar and writing songs.  By the summer 2011 he was a finalist in the prestigious New Folk competition and went on to become a winner.

On his album “Bag of Bones” which was released in 2010, David has a gruff voice as a result of a Granuloma on his vocal chords.  In November 2012, however he underwent surgery and has rejoined with his old and original vocal timbre.  He is currently living in Brooklyn, NY and performing his songs in various formats with his twin brother Adam Moss and continuing his cello career playing and composing with The Blue Hit as well as groups such as the Satellite Ballet, Moishe Circus, The Broken Stares, Ana Egge, Roy Williams and The Human Hands and many others.

David released his album “Songs for Willoughby” in March 2014, and his breakout hit “Jerusalem” was featured on Democracy Now! in July 2014.

“Keep an eye out for the Brother Brothers, because they’re most certainly what’s coming up next”. – PopMatters 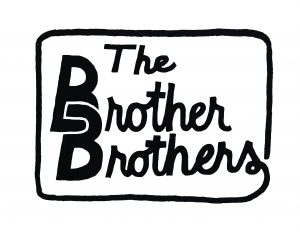 “a duo that pairs tasteful harmony vocals with two-person musical arrangements that weave together bluegrass and the darker side of folk.” – No Depression

“The closest thing you can find to Simon & Garfunkel in this century.” “The Brother Brothers deserve their own phylum upon an advanced musical strain not yet categorized on the roots music family tree. They are the true sound of roots music evolving. – Saving Country Music

“The Brother Brothers have been in this together for life, and their familial connection comes through in the music, harkening back to some of the greatest family harmonies ever made. They approach their poignant and often charming songs with an almost startling sense of ease, and the tight harmonies are enough to send shivers down anyone’s spine. Their ability to pull the listener into their quietly energetic musical journey is a joy to behold. I can’t wait to be out on the road with Adam & David and hear their heart wrenching songs and spot on harmonies night after night!” – Sarah Jarosz

“They’re the real deal. They know old-time two part harmony from the inside, and that fraternal resonance is there to be clearly heard.” – Mark Simos (Allison Krauss, Del McCoury)

“The Brother Brothers’ 2017 EP Tugboats might be one of the best releases of the year.” – Saving Country Music

“On a six track EP, these three aforementioned songs stand out as exceptional and, if the others do not reach the same heights, then that shouldn’t detract from the fact that this brief introduction to these talented brothers is a hugely promising piece of work that amply showcases some of the loveliest and tightest harmonies you are likely to hear this year.” – Americana-UK (2017)

“You can place these brothers alongside many of the greats. A folk equivalent of the Cactus Blossoms more country take but equally as attractive.” – LonesomeHighway.com (2017)

“Here, as elsewhere, their harmonies are terrific, opening to the slow fiddle waltzing strains of the title track, evoking instant thoughts of the Everlys in their folk-country mode, picking up the tempo with the bustling vocals of Bird In A Tree, Adam’s fiddle again sounding rustic old school notes.” – folk radio UK (2017)

“From the outset, the Moss brothers are in the shadows of many legendary country and folk brothers — Everly, Louvin, and Stanley, just to name a few — but The Brother Brothers on their own merits make their debut album luminous.” – No Depression (2017)