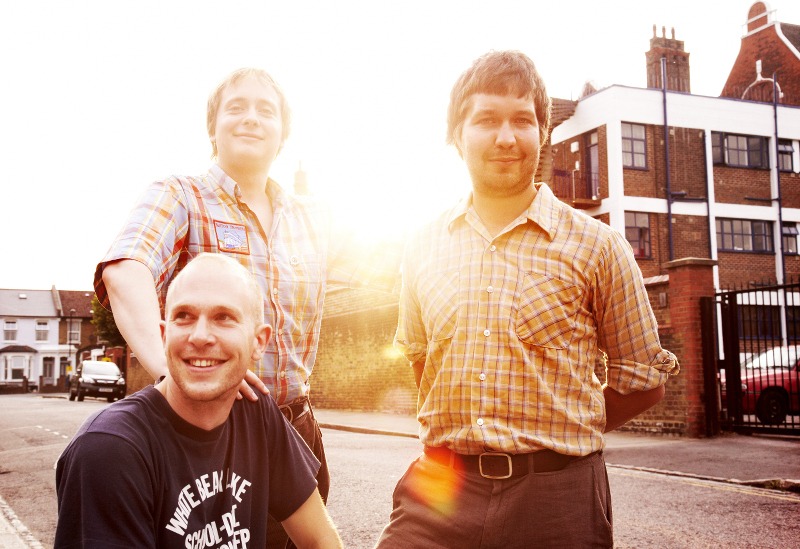 “Blessed with the gift of god-like genius, it is hard to overstate the importance of this small, cult band.”

“the hardest working band on the planet”

The Wave Pictures have just released their , Look Inside Your Heart – a warm, joyous record celebrating friendship, happiness and drunken party times.

As singer and guitarist Dave Tattersall explains: ”Look Inside Your Heart is intended as a rallying cry in the war against the machines; while a computer may have beaten world-champion human being Lee Sedol at Go, a machine could never have made music as joyful, spontaneous, happy, poetic, broken and rambunctious as this. Look Inside Your Heart is a bullet in the face of all pop-poseurs and robot wannabes, a die-hard continuation of the vulnerable rebel tradition of rock and roll music, a vibrant work of outsider art and a masterpiece of electric folk.”

Twenty years after forming in Wymeswold, Leicestershire as teenagers, The Wave Pictures have gone on to be one of the UK’s most prolific and beloved bands. Fond of classic rock, jazz and blues, they are also one of the most accomplished, with Tattersall’s guitar solos becoming the stuff of legend. They have collaborated with varying bright stars of the musical firmament, such as last year’s rock’n’roll surf-garage-rock project with Charles Watson from Slow Club, as new band The Surfing Magazines, or their ongoing partnership with ex-Herman Dune member Stanley Brinks, or the very close partnership with Billy Childish for 2015’s Great Big Flamingo Burning Moon.

“Blessed with the gift of god-like genius, it is hard to overstate the importance of this small, cult band.” – VANGUARD

“The Wave Pictures are currently conjuring the most gleeful, magnificent pop in town.” – The Guardian

“Lyrically, The Wave Pictures turn on a dime. They can zip from the richly observed into amusingly confessional into a Lewis Carol flight of fancy.” 8/10 NME

“charming, witty pop songs shot through with Jonathan Richman‘s gawky glee and Suede‘s doomed provincial romanticism… They owe a certain debt to The Smiths, and Tattersall has Morrissey‘s knack of marrying the ridiculous and the sublime”  – The Guardian

“The Wave Pictures are currently conjuring the most gleeful, magnificent pop in town.” – GUARDIAN

“At their helm The Wave Pictures have a writer who captures expertly the bitter romance of British life.” – ***** TIME OUT

“They’re making quintessential, embrace-able indie, and their ‘everything is essential’ streak continues.” – 8/10 ROCKSOUND

“Not only did I appreciate his take-no-prisoners musical stylings but also the imaginative lyrical ideas I found mighty refreshing. This is a man who clearly harbours no ambition to be seen hobnobbing with Dido at the Met Bar and has opted instead to plough a righteous but lonely furrow.” Nick Lowe

“Not only are they utterly lovely but their also undoubtedly one of the finest live bands in the country.” – The Basement, York

“An album’s worth of salty seaside romance… believe the hype.” – TLOBF