“Life is a gift, I don’t recall taking, I wear it ‘till it fades”

His 2012 album “A Graceless Age” is a monumental work and surely one of our albums of the decade. When John Murry played at the Static Roots Festival 2019, it was a dream come true. John contributed the song “Come Five And Twenty” to our “stay safe sessions” series. In the introduction, John is protesting against the British COVID-19 cyber retraining plans for musicians. 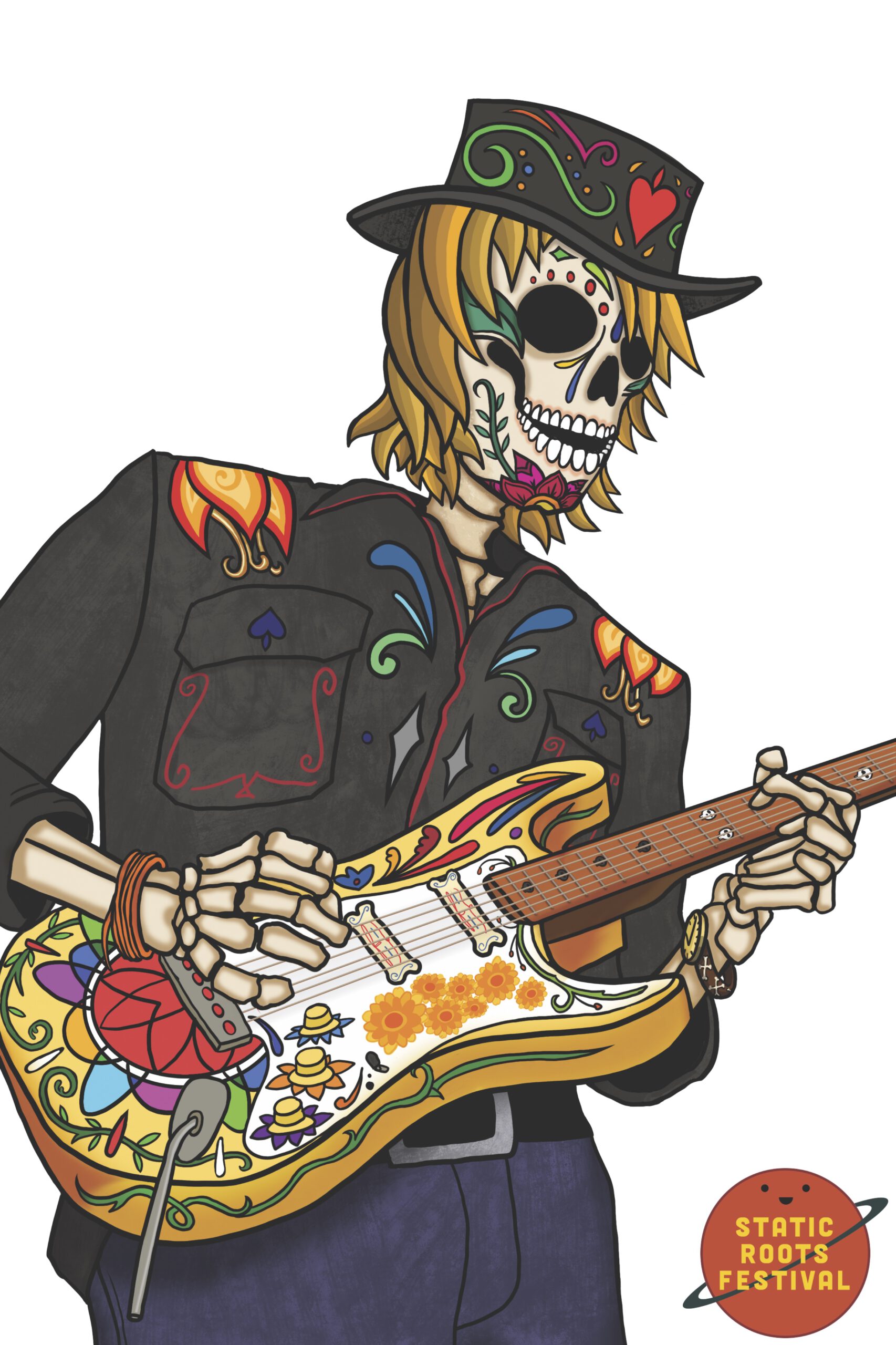 John Murry was adopted at birth into the family of William Faulkner. Some have speculated that the Faulkner blood might also run in his veins, but that should be left for a Southern Gothic novel yet to be written (or perhaps re-written). Raised in Tupelo, Mississippi, in the shadow of Elvis, his undiagnosed autism led to troubles at an early age that led to prescribed medication, which led to un-prescribed medication, which led to being institutionalised for addiction and mental health issues at a too young age. Eventually, discarded onto the streets of Memphis, he found music, which became the one constant positive force in his life. Memphis led to San Francisco and San Francisco led to heroin and heroin led to a near fatal overdose on the corner of 16th and Mission, so harrowingly memorialized in his song Little Colored Balloons.

Music again came to his rescue and led him to Tim Mooney (American Music Club) and the group of musicians that helped create his 2012 masterpiece The Graceless Age. The accolades rolled in..

And John toured the world. He entranced and devastated audiences with his raw, unfiltered live performances, and it looked like his trajectory was set, that music had won and would have the final word. And then Tim Mooney, John’s mentor, his beacon, his bedrock, died suddenly and unexpectedly… and John’s world fell back in to chaos. Over the next few years, John would lose the footing that he had struggled so hard to establish. He would lose his wife, his daughter, temporarily his freedom and ultimately his country.

Somewhere along this volatile journey, John crossed paths with Michael Timmins of Cowboy Junkies. John had opened for the band at a show in Glasgow and Michael watched side-stage transfixed by John’s performance. Over the next few years the two of them kept in touch, they talked about the music business, politics, books, but most of all they talked about music. And they talked about making an album together. Michael wanted to capture the rawness of John’s songs, capture the vibe that he experienced that night in Glasgow and was even more convinced of this approach when John came through Toronto opening for Chuck Prophet and did a solo set at The Horseshoe Tavern, which was as disarming and emotional as the set of music that he had experienced in Glasgow a couple of years earlier. “On The Graceless Age you can hear John’s affinity to artists such as Mark Linkous and Mark Lanegan, but seeing him on stage, with just his guitar and his songs reminded me of Townes (Van Zandt), that raw-boned, exquisite beauty, so real that it borders on the uncomfortable, you feel you should look away, but it’s just too compelling to do so. The pain, the intensity, the honesty just draws you deeper”.

Eventually John completed his descent and landed in Kilkenny, Ireland where he found some solid ground as part of a welcoming arts community. Michael then convinced him to travel to his Toronto studio where Michael put a band together consisting of brother Peter Timmins (Cowboy Junkies) on drums and Josh Finlayson (Skydiggers, Gord Downie, Lee Harvey Osmond) on bass. John brought along Cait O’Riordan (The Pogues, Elvis Costello) whom he had met in Ireland and who wanted to be a part of John’s journey. Michael Timmins describes the sessions, “I felt that it was important that John got out of his own way and that we set up a situation where he would just play and sing and the rest of us would just react, no second guessing, just react and capture the moment. It was a very inspired and inspiring week of playing and recording. Very intense. And I think we captured the raw essence of John’s writing and playing”.

"A Short History Of Decay" is an intensely personal document of an artist’s fall from grace. It contains all the tragic elements of that unwritten Southern Gothic novel: the revelations of a man coming to terms with the personal shortcomings, the flaws and the perverse twists of fate that led him to the end of one journey and the beginning of another.

‘The longer you spend in the darkness with him, the more beauty you’ll see’ – COUNTRY MUSIC MAGAZINE

‘There is more than a touch of Cave’s brooding darkness about Murry, who’s rumbling voice and preoccupation with morality place him in a genre somewhere between Mark Lanegan and Mark Linkous’ – THE QUIETUS

‘Seer Of The Week’ – SUNDAY TIMES

John has been back in the studio, with producer John Parish at the wheels creating his new record THE STARS ARE GODS BULLET HOLES, due for release in 2021 on Submarine Cat Records. The album was recorded at the legendary Rockfield Studios and mastered at Abbey Road.

John Murry on the web