"...for sheer unadulterated Americana joy then one need look no further than [...] Oberhausen, home to Static Roots."

"[...] it’s a great continental addition to the likes of Kilkenny Roots…"

“It’s festival season for sure as hordes of music fans pack both wellies and sun cream as they head off for a weekend of unbridled fun. Be it the massive set up at Glastonbury or the rootsier confines of Maverick there’s plenty to choose from but for sheer unadulterated Americana joy then one need look no further than this unassuming spot in Germany’s Ruhr district, the small, post industrial town of Oberhausen, home to Static Roots. Now in its fourth year, Static Roots has grown from an initial invite only event to being sold out for the first time with several hundred fans gathered together in a converted zinc factory to see and hear 13 acts, most of them surely familiar to readers of AUK. There’s no corporate funding, no kowtowing to fashion, the line up purely a reflection of the festival’s director’s musical tastes which are somewhat impeccable.

Festival director Dietmar Leibecke‘s initial vision was to capture the homely vibe and craic of the Kilkenny Roots Festival and in this he has certainly succeeded as Static Roots allows for an intimate experience as the artists play while there is time to mingle and swap chat in the beer garden outside the venue.

MC Jeff Robson summed up the weekend wonderfully, describing the whole set up as a beautiful community of like minded folk coming together to celebrate music and friendship and musing, “If the whole world were like this, then…”. It might sound like a hangover from Woodstock but there’s no denying the sense of community engendered over the weekend with bands and fans mingling to the extent that there was an afterhours sing-along in the beer garden until the early hours. It was also great to see that the artists’ merch was selling well with vinyl in particular flying off the table, while all profits from Static Roots’ own merchandise were to be donated to Médecins Sans Frontières. In this day and age of mega festivals, Static Roots reminds one that “small is beautiful” as E. F. Schumacher said, and as such it’s a great continental addition to the likes of Kilkenny Roots” 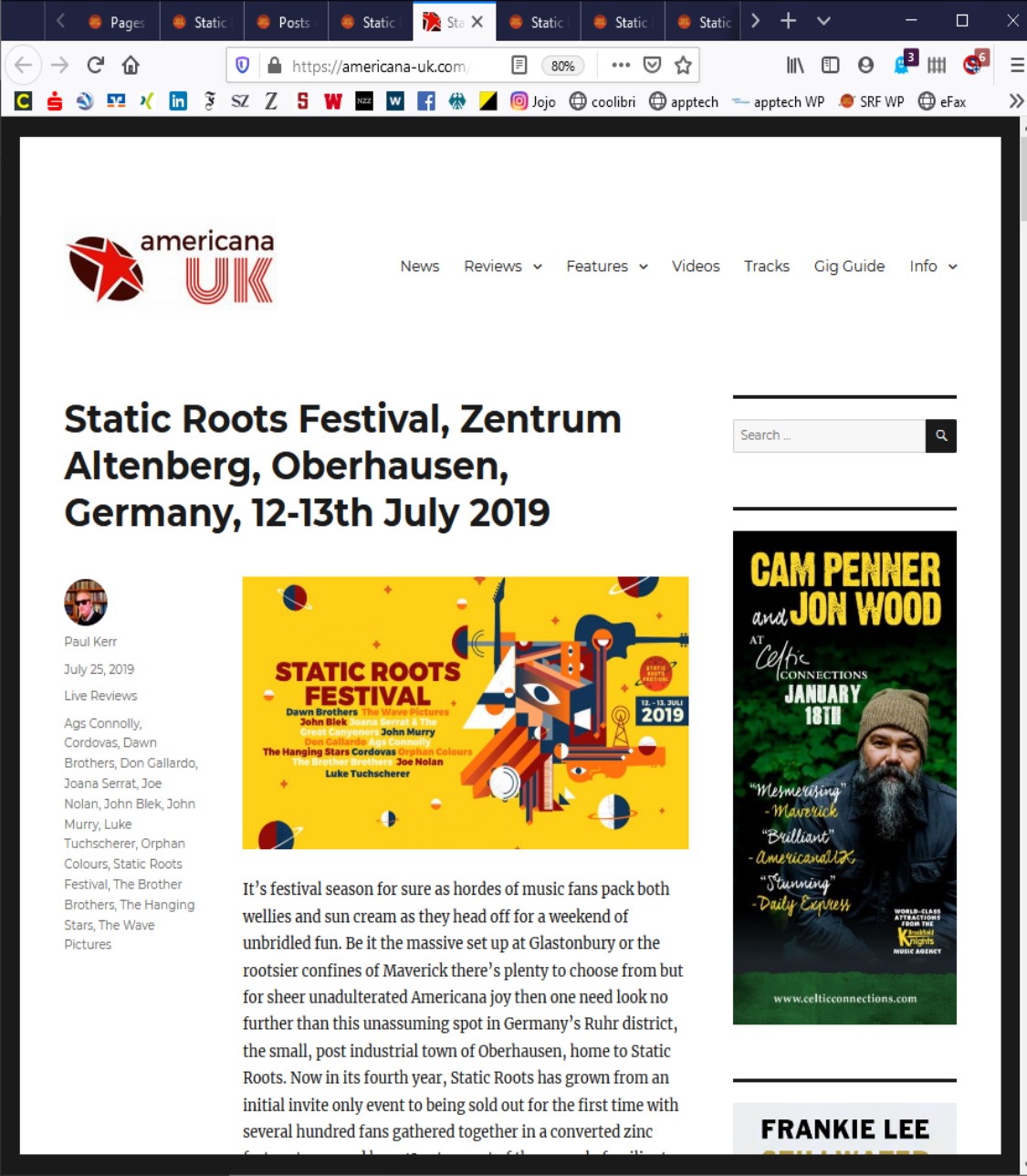 Check out our playlists on Spotify, Apple Music or YouTube 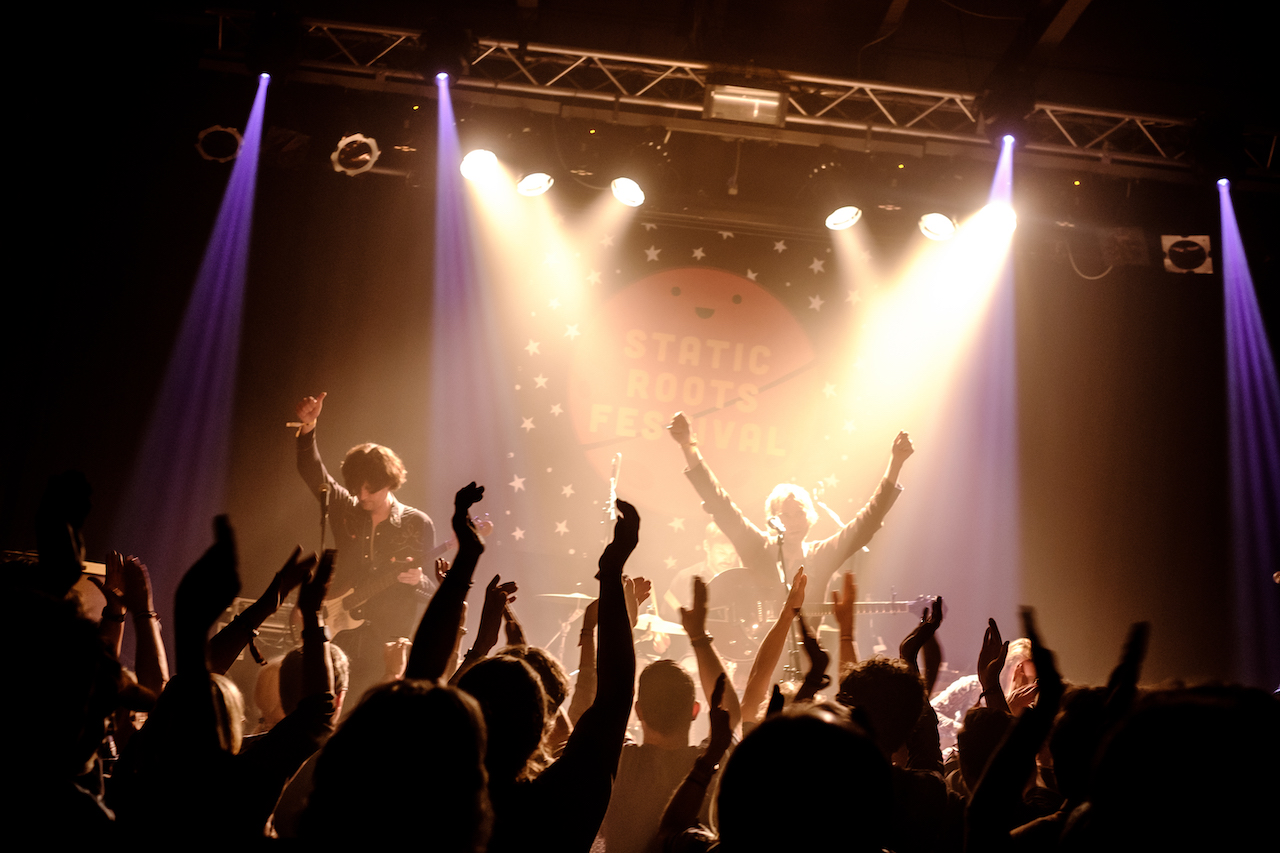 "The most memorable festival experience of the year"