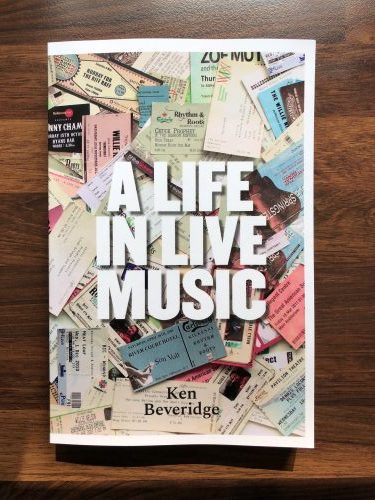 About four years ago I met Ken Beveridge at the breakfast buffet in a hotel in Kilkenny, Ireland. He recognized my wife’s “The Wynntown Marshals” shirt and came up and politely asked where we were from. Turned out he is an enthusiastic music fan and travelling the world to see live music.

Over the course of the years, we have become good friends and I ran into Ken at different occasions in Ireland, Scotland, England, The Netherlands and Germany. Germany? Yes, at the Static Roots Festival 2016 and 2017.

Ken wrote an amazing book about his experiences in live music called “A Life In Live Music”. In the introduction it says:

“One man’s journey through 50 years of live music. From Dylan to Dire Straits; from Birmingham to Byron Bay; From Simple Minds to Simply Red. Spanning three continents taking in over fifty music festivals and over 600 acts. ”