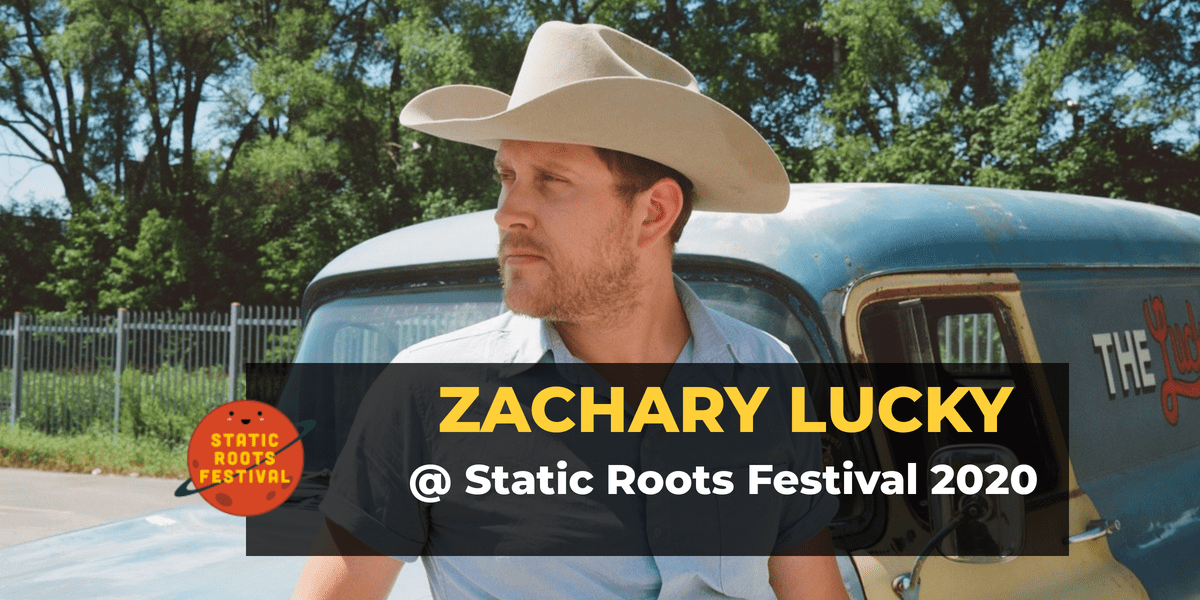 "Another Canadian shows the Americans how to sing Americana." 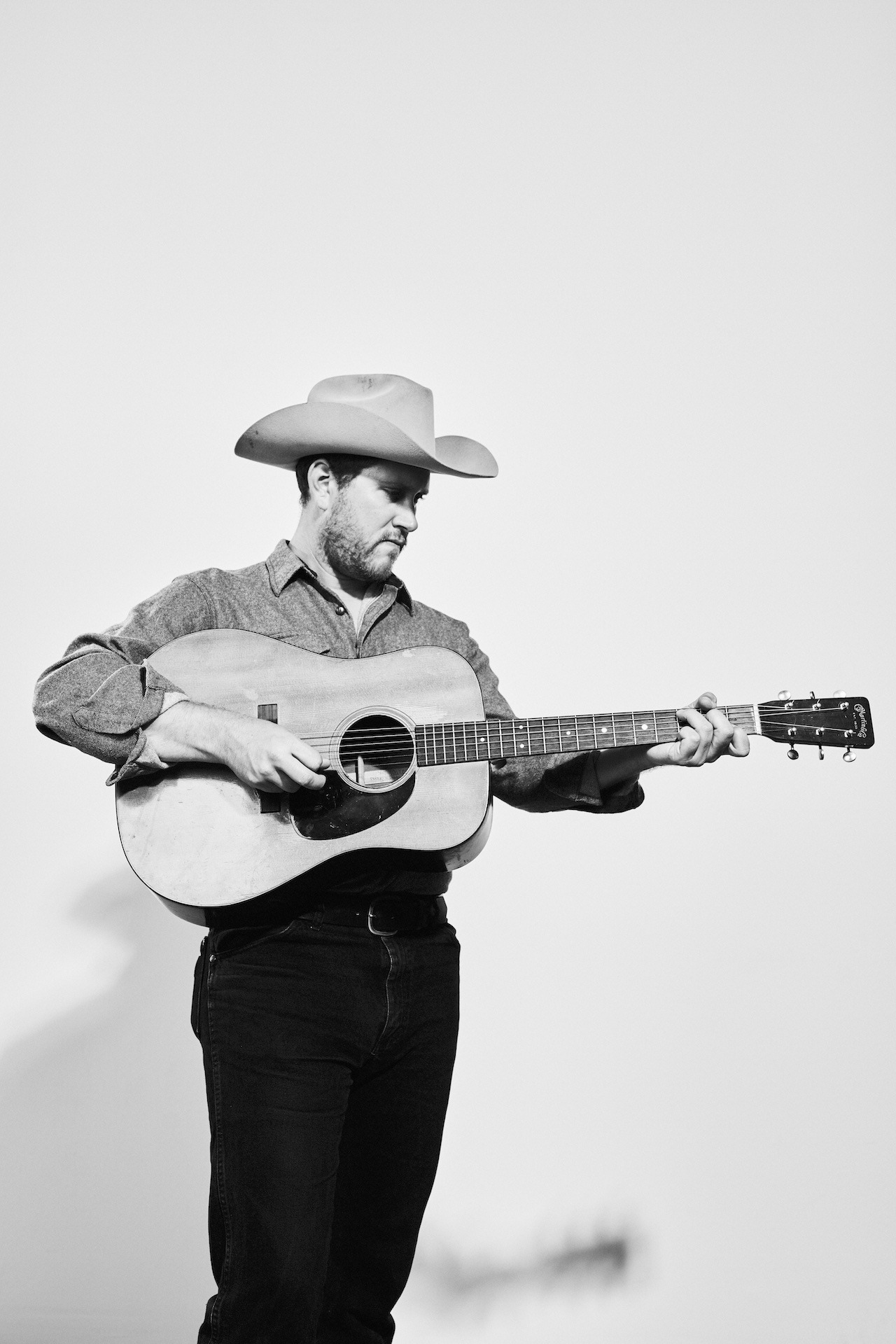 The road is no stranger to Canadian country singer Zachary Lucky. He’s used to rolling through hundreds of tour dates a year, sleeping in the back of his car, and playing his heart out in every town he moves through. He’s learned to trust the road, and to trust the gifts it brings. It’s a lesson he learned first from his grandfather, famed Canadian western singer Smilin’ Johnnie Lucky, who was known for relentlessly touring the Arctic regions of the country. In his youth, Zachary Lucky felt free on the road, driving from one town to the next and never staying long. “I never felt the need to come home” he says, “because there was never anything waiting for me there.” Ten years later, he’s got a new outlook on his life and a family waiting for him at home in Ontario. The songs on his new album Midwestern, coming October 18, 2019, grapple with fatherhood, the passage of time, and whether his daughters will grow up knowing the Canadian prairies he still loves.

Born and raised in Saskatoon, Lucky finds himself in the company of other Saskatchewan artists like Colter Wall, Deep Dark Woods, and Kacy & Clayton. Why has this rugged Canadian province produced such great roots music? Lucky thinks some of it must come down to the prairie landscape and its people. “There’s something about the Canadian Midwestern people,” he says in explanation. “There’s a strong work ethic, and a kindness to them that you don’t find anywhere else. There’s also something about being in the middle of nowhere, beneath that vast prairie sky, watching it come alive with colour as the sun dips below the horizon.”

To make Midwestern, Lucky headed south of Toronto to Hamilton, Ontario, to record with producer and engineer Dan Hosh, who had been a long time fan of Zachary’s previous releases. Lucky had a clear vision for the album and was looking to go back to his roots with a more stripped-back sound. “I have always been more of a guitar and a voice kind of person and have been drawn to music where the song comes before the production” he says. With Midwestern, Lucky wanted to work with a simpler, more direct sound, recording most songs on the album live off the floor and straight to tape: “I wanted these recordings to make the listener feel as though they were sitting right next to us.” Tapping into renowned roots musicians Ivan Rosenberg on dobro and John Showman (The Lonesome Ace Stringband) on fiddle, and his own touring band, Mitchell Thomson on upright bass, Will Fisher on drums, and Kevin Neal on pedal steel, Midwestern sounds effortlessly simple, the sure sign of master musicianship.

The songwriting on Midwestern speaks to Zachary Lucky’s yearning for rural life (“Back to the Country”), his feelings about leaving home (“There Was A Time When I Used to Roam”), his thoughts on fatherhood (“Rock and Roll Dad”), his own childhood (“Sunday Morning At The Dragstrip”), and there’s even an apocalyptic ballad (“Revelation Blues”). He shares songwriting credits on some of the songs with fellow prairie songwriters Del Barber and Richard Inman. It’s an album of songs made during a time of reflection, for a man who’s constantly on the go. “When first I started making records, the space of the Canadian Midwest informed the kind of songs I was writing. There’s almost a sense of emptiness in my early songs. I wanted to try and recreate that with this record.”

“(Midwestern is) quietly gripping!”
No Depression

"There’s such proximity in Everywhere A Man Can Be, the latest from Saskatchewan troubadour Zachary Lucky. Even with it’s fully lush country-folk production, the sound of the record never strays far from Lucky’s breathy baritone, recalling Gordon Lightfoot in his tender phrasing..."
Penguin Eggs

"One to watch!"
The Globe and Mail and NOW Toronto

"Lucky’s songs have lived lifetimes. They sit you down, tell you their stories and heighten your senses to the wonders of nature, love and self."
No Depression

"Zachary Lucky is unapologetically old-school country, armed with a husky, baritone voice. He carries himself like a younger Richard Buckner or a heartier Doug Paisley and receives comparisons to songwriters such as Gordan Lightfoot and Kris Kristofferson. He sings of Canadian places and people as knowingly as he might Townes Van Zandt or the Rio Grande. It's a relatable show on many levels, and conjures universal feelings that have passed through our collective timelines. Lucky is the forlorn embodiment of the Information Age, compelling and reassuring on one hand and coolly unsettling and of no place on the other."
Exclaim!

”Zachary Lucky (in my humble opinion) is one if the most beautiful singers, songwriters and musician we have - minimalism in its purist form.”
Richard Harris, Folk Radio DJ, UK

“Gulp! What a voice Zachary Lucky has. Warm, weary and as soft as a well worn leather shoe, it sits comfortably between Townes Van Zandt, Leonard Cohen and Don Williams.
Another Canadian Shows the Americans How to Sing Americana.”
Rockin Magpie

"it becomes clearer and clearer that Lucky is a pro at tugging at the heartstrings with his music."
Grey Owl Point

"The album sounds like it comes straight from harvest time on a grain farm in rural Saskatchewan, or the songs heard in a road-side bar. If you’ve ever thought that what passes for country music today isn’t real country music, try Lucky. His honest, soulful sound will haunt you and remind you of what country and western music was originally conceived as."
The Gauntlet

"offers just the right mix or mournful resignation and desperate longing that conjures up a deep well of emotion to deliver a soulful brand of Canadiana folk, embellished with a wide-prairie, open-country feel."
Folk Words

"It was his latest album ‘Saskatchewan' however that caught our attention which has featured in the Folk Radio UK playlist and it is certainly one of the out there albums of 2012 for us. With plans to release a further album in 2013 he is definitely a name to watch out for."
Folk Radio UK