“His songs should be taught at school”, NME

Peter Bruntnell is one of Britain’s finest songwriters. He played a terrific show at the Static Roots Festival 2017 and he did one of the last shows at our Raumfahrtzentrum Saarner Kuppe just shortly before the pandemic took over. The readers of Americana-UK.com just voted his 1999 album “Normal For Bridgwater” on #6 of the Top 20 Americana albums of all time!

For our “stay safe sessions” series, Peter Bruntnell recorded a video for the song “You’d Make A Great Widow” which will be released on his new album “Journey To The Sun” (release date: 11th June 2021). You can pre-order the album here.

Peter Bruntnell on the web 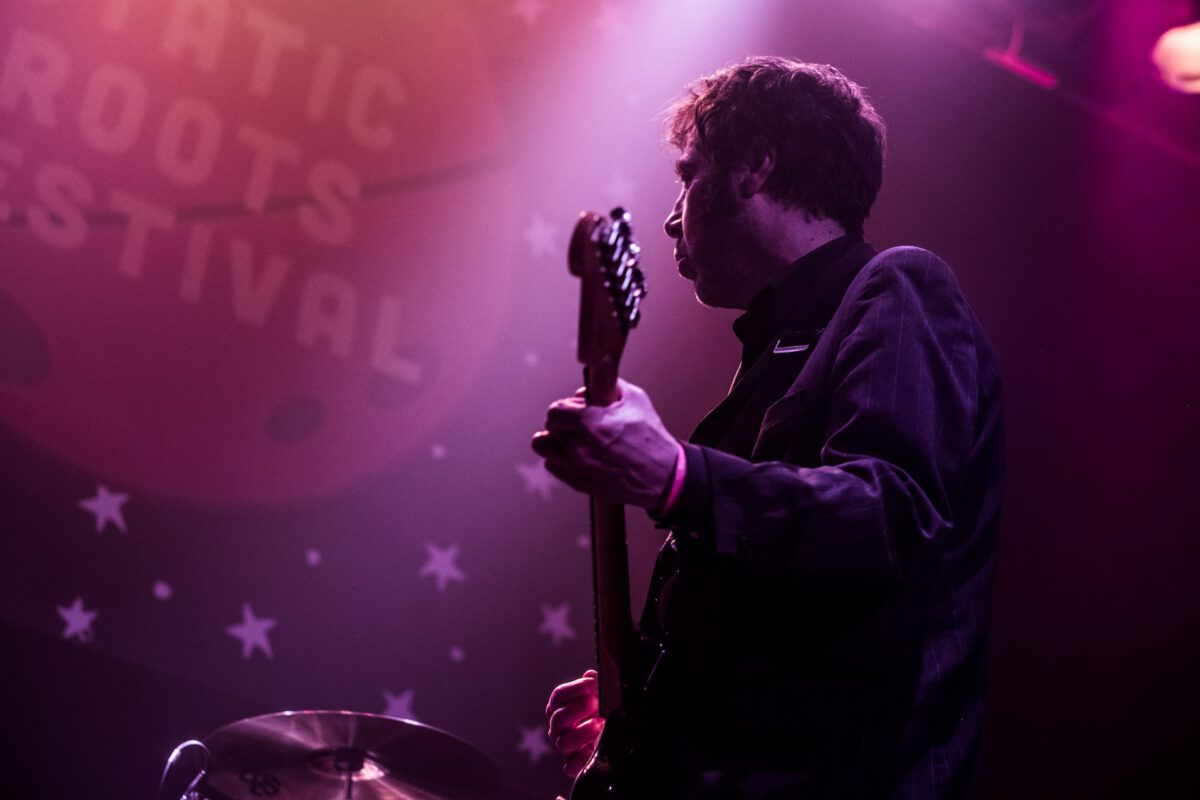 Let’s just have a look at what the British Guardian wrote about Peter:

Album after album, the Kingston upon Thames solo artist produces rich and refined song-craft, yet hardly anyone has heard of him. Could this be his time?

If we lived in a just world, Peter Bruntnell would by now be in the middle of his third or fourth global arena tour, his biggest worry working out how to courier his latest armful of Grammy awards back to the UK so his butler could have them installed in the west wing of mansion by the time he got home. Instead, the Kingston upon Thames-based, Devon-raised, New Zealand-born singer-songwriter spent February playing a tour of venues that included the front room of a terraced house. His new album, Nos Da Comrade, features lead single Mr Sunshine, a rollicking deconstruction of a certain US presidential candidate and a golf course that destroyed a Scottish fishing community. The ninth album of an uncommonly excellent recording career, it will be released – alas, all too fittingly – on April Fools’ Day.

The fools, of course, are the vast majority of the world’s listening public, who have stubbornly refused to pay much attention to Bruntnell since the release of his debut LP more than 20 years ago. Ringing endorsements from the likes of REM’s Peter Buck and Son Volt’s Jay Farrar have been matched by rave reviews (Guardian Music contributor Keith Cameron, reviewing Bruntnell’s third LP in NME, memorably wrote that “his songs should be taught in schools”). And the music really is exceptional – a canon of classically constructed, melodically rich, lyrically ingenious and emotionally, intellectually affecting songs that bears comparison with the all-time greats. Yet there appears to be almost nobody listening…“