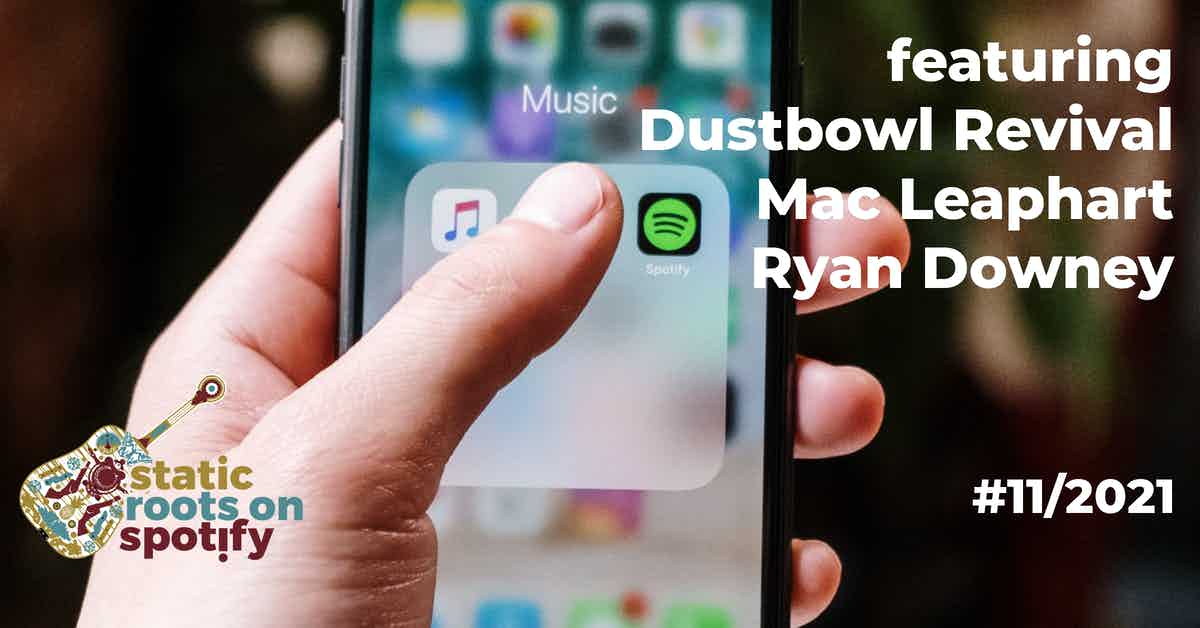 'Contact' is the second single from Ryan Downey's forthcoming album A TON OF COLOURS, out May 14 on Dot Dash Recordings. Pre-order the album here...

Ryan Downey describes "Contact" as “the song I’m most proud of so far”. We love it for its vulnerability, Ryan's voice, and the guitar work which is simply brilliant!

There's probably been tons of songs about trains. Mac Leaphart's rhythm instantly takes you on a train ride while he actually "still ain't got that train". American Songwriter called the song "a clever bundling of nostalgic allusions and raw honky-tonk harmonies." We think it's just a perfect country song, great storytelling, amazing video. What's not to like about that?

"Tarred with the same brush as his icons John Prine, Guy Clark and Hayes Carll, Mac Leaphart is a storyteller with a gift for transforming his tales of bad luck, poor life choices and broken dreams into song."

Dustbowl Revival - Beside You

Just wow. Dustbowl Revival's song "Beside You" is an amazing, soulful ballad with brilliant harmonies. This Audiotree recording is magic happening in front of your eyes. Turn it up loud for a full load of goosebumps. The sound is just unbelievably good:

"songs that got us through the year" on Spotify