Excellent review from the guys over at LonesomeHighway.com: 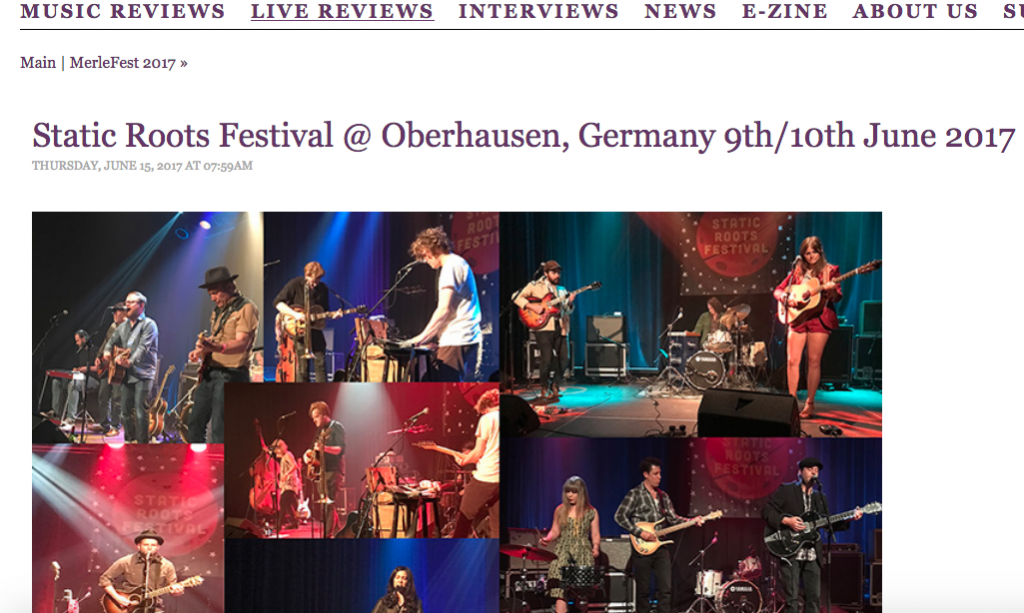 idering your line up and in this regard Static Roots got the mix absolutely spot on. With the large contingent of visitors travelling from Ireland and the U.K., a number of the carefully selected acts invited to play were guaranteed to hit the spot and the inclusion of one of Germany’s top roots bands and a few possibly less known but well researched artists worked an absolute treat. However, acts alone don’t guarantee a bonanza and the organisers had the foresight to engage Winnipeg radio presenter Jeff Robson as master of ceremonies. His knowledge of the artists and school masterly yet diplomatic introductions were an added bonus, ensuring that patrons were whisked indoors as the artists were about to take the stage which resulted in the acts performing to respectful and attentive crowds.”