Earlier in 2017 when promoting a show with Cale Tyson & band, Cale’s guitar player Juan Solorzano talked about another of his musical activities and highly recommended to check out Charlie Whitten from Nashville, TN, USA. Bought Charlie Whitten’s 2014 album “Hey Love” and instantly fell in love with some of the most beautiful, peaceful, and melodic music I’ve heard in a while. Combined with the wonderful smoothness, calmness and persistence of Charlie’s voice and the depth and weight of his lyrics, listening to his music is an almost magical experience. Some of you might have already seen Charlie playing the bass in Andrew Combs’ band in April/May 2017 (e. g. at the Kilkenny Roots Festival 2017). 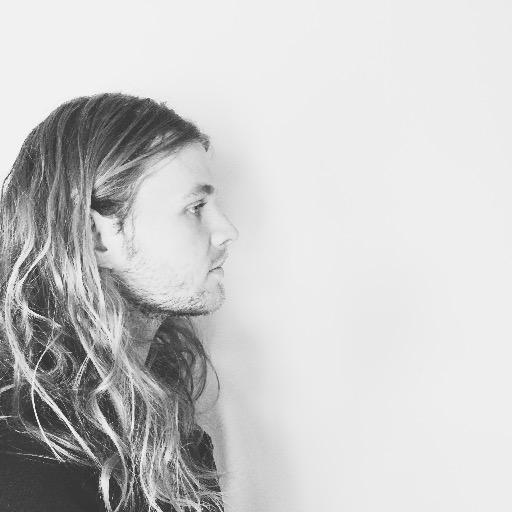 His performance at Static Roots Festival 2018 will surely leave you completely mesmerized.

===
About Charlie Whitten: “Charlie Whitten grew up during the last gasp of the 20th century, a time when grungy rock bands and teen idols ruled the airwaves. You can’t blame the guy for looking back a bit, for rustling through his Dad’s collection of vintage records and finding some better music to soundtrack his life. Years later, the Nashville-based songwriter is rolling those influences into his own sound, a mellow brand of folk-rock that tips its hat to Pink Floyd’s psychedelic swirl one minute and Simon and Garfunkel’s acoustic wistfulness the next.

Some would call him an old soul. Others would just say he’s got good taste.

“For me, the ‘60s and ‘70s were the golden age for songwriting,” he says. “That’s when songs seemed to be the real focus, and people reached outside the box. The chords and melodies used were unheard of.”

Dreaming, Whitten’s 2012 debut, channeled some of the trippier sounds that came out of those two decades, from Dark Side of the Moon to Big Star’s Sister Lovers. The album was lush. It was dreamy. Keyboards, horns, and percussion collided, creating a soft foundation for Whitten’s vocals and guitar leads. When it came time to write songs for 2014’s Hey Love, though, Whitten took the electric guitar out of the forefront and focused on a quieter, stripped-down sound. In other words: less David Gilmour, more Don McLean.

A concept album about searching for love, Hey Love begins and ends with different sections of the same song. Fashioned like bookends, the first half tells the story of a couple parting ways, each partner in search of something else. In the second, they reconcile, knowing that things might not be perfect… but at least they’re real. Whitten took a similar approach to the album itself, which was recorded during a series of live sessions with a four-piece band. Overdubs were eventually added, too, but Whitten put his foot down when it came to the use of a click track. He didn’t want that. He wanted the songs to sway, to sound natural, to sound like songs.

“Any Charlie Whitten album has to sound like a band album,” he explains, “and I didn’t want a band of session players. I wanted a group of friends, of creative thinkers who could play the songs with feeling. I think a music album should be very similar to a photo album: a series of ‘pictures’ with the people you know, things you’ve seen, and places you’ve been within a period of time.”

Maybe that’s why Hey Love sounds so comfortable, so familiar. The songs tackle big subjects, but they do so with small, laidback touches: a whistling solo here, a burst of organ there, and a whole lot of melody throughout.“

===
Charlie Whitten “… is as kind as they come, and arguably the finest in post-Thanksgiving show headliners. Everything about his demeanor, music, and sensibilities serve as easy listening that soothes the soul (…). But don’t let that fool you, as Mr. Whitten’s songs might sound saccharine sweet, but upon more involved listening, they’re sharper and more biting than original thought. His recent release – Playwright – is one of the best of the year in Nashville, and he made no mystery about the fact that he would, in fact, play all four songs from the EP. He was kindly and jovial, but once he started singing, you couldn’t help but absorb the imbued sadness, despair, and ultimate self-awareness of his life’s journey, which also serves his quirky proclivities quite nicely for inter-song banter.” – nowitsnashville.com

“Warm and beautiful and while it’s not exactly like it, it still definitely gives me similar feelings as early seventies folk / folk rock artists such as Iain Matthews, Bobby Charles and even Neil Young.” – CDBaby.com

“The quick, four-song record showcases “a moment in time for the young songwriter,” encapsulating feelings of love, loss, heartbreak and humility. Whittling these themes through warm, colorful melodies and poignant, evocative harmonies, Charlie Whitten manages to craft a well-rounded identity that likens him – both in sound, and lyrical maturity – to Neil Young, Glenn Frey, and Paul Simon” – atwoodmagazine.com