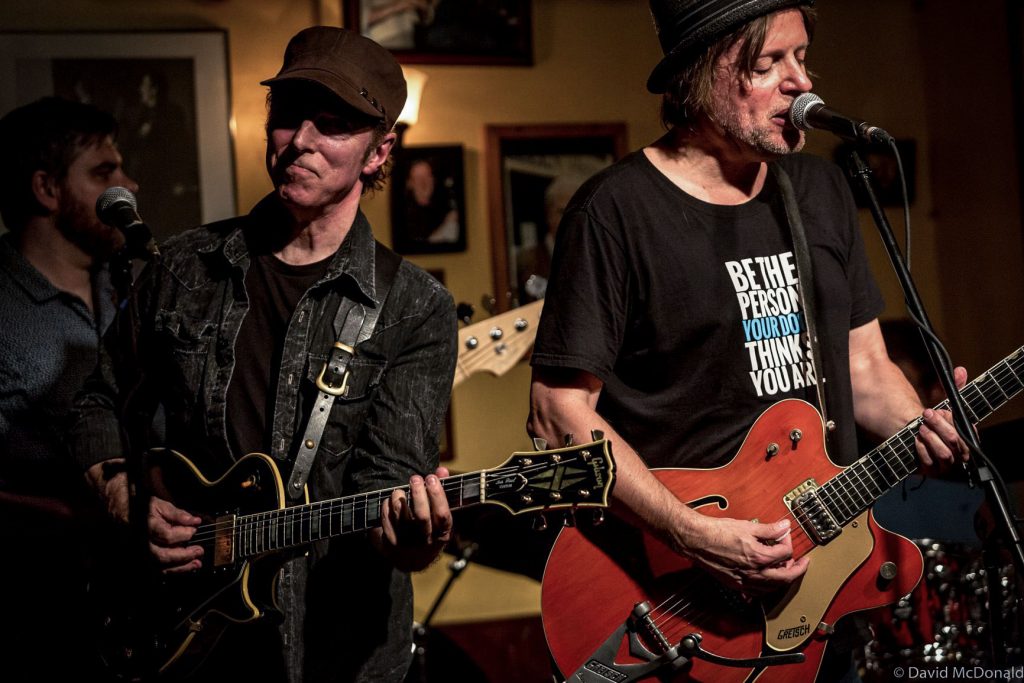 At the same time Stephen Stanley’s “The Troubadour’s Song” became my farewell song for the great Willie Meighan.

We can’t wait to have The Stephen Stanley Band perform at the Static Roots Festival 2018.

The Stephen Stanley Band will be joined by the great Hadley McCall Thackston (Atlanta, Georgia, USA). Check out the duet by Stephen  and Hadley in the song “Next To Me” (see video below) .

About Stephen Stanley: “As a founding father of the Canadian band The Lowest of the Low, Stephen Stanley gave his guitar, voice, heart, soul, and yes, butt, to Shakespeare My Butt, a “17-song opus about life, love, loss, literature and labour politics [which] occupies hallowed ground for music fans and musicians alike” (Chart Attack) and was “one of the biggest-selling independent albums ever released in Canada” (All Music Guide).

Roots-rock-pop singer-songwriter Stephen Stanley now returns with a new record Jimmy & The Moon, joined by a fine new band duly committed to keeping the bar raised high, whether a song sets foot beneath a legendary defunct nightclub or a title track that zooms a crane up to the moon. The album dropped on its Canadian stomping grounds on November 24, 2017, and hits the US and Europe with release dates in early 2018.

While recording these songs on Wolfe Island at the old Post Office studio with his producer and multi-instrumentalist Hugh Christopher Brown, an unofficial theme emerged “quite naturally as we whittled down the songs for this collection,” Stephen says. As fans of “LOTL” can attest, one’s own backyard or alleyway still hold endless unexpected rewards, twists and turns and Stanley’s new tunes pay tribute to the people and city where he has spent his life.

Tales of growing up in the east end of Toronto, leaving, moving back; a defiant celebration of the untimely demise of a beloved bar in the Junction (“The Troubadour’s Song”); and the final days of his grandfather’s life, while retired but working the nightshift in a sporting goods store under the infamous Yorkville coffee house where Neil Young and Rick James played their first shows (“Under the Mynah Bird”).

The title track was inspired by a stranger’s unsolicited soliloquy as he was walking out of Jimmy’s, a local dive, as Stephen waited for a streetcar. This rockin’ rant and the equally rockin’ cover art by Matthew Daley captures this fella’s devastation about the overdevelopment of buildings in parts of east end Toronto, wrecking his heart and view of the full moon.

They dig a hole four stories deep and the cement trucks idle down Gerrard
Call me a sentimental fool, but for sixty years I’ve called this corner my back yard
And should I fight to keep things as they are, cuz my time is coming soon
So fill my glass up one more time and say goodbye to Jimmy and the moon

Stanley and Brown put all sorts of beautiful and jangly spins onto his musical past and frame his present in a burst of rock-pop-soaked energy. The spotlight easily shines on Stephen’s formidable guitar playing and his honest, emotionally connected vocals and songs but this pair also shines the light on all of the stellar musicians and guest vocalists on this record, including the stunning newcomer Hadley McCall Thackston who sings with Stephen on the disarmingly sweet and mysterious Pogues-like love song, “Next to Me.”

Tear down the club, condo up the moon…. music still wins the day. All songs on Jimmy & The Moon were written by Stephen Stanley and recorded, engineered & produced by Hugh Christopher Brown.

Bio:
Canadian singer-songwriter and guitarist Stephen Stanley is best known from his many years as a lead guitarist/vocalist with the vibrant alternative rock band The Lowest of the Low. After many song hits, years of touring and sharing the stage with the likes of Billy Bragg, Bob Mould, The Violent Femmes, The Jayhawks and Lloyd Cole, a gold record for their “genuinely timeless album” (Exclaim!) Shakespeare My Butt, Stanley is back on the Canadian music scene with a new band, The Stephen Stanley Band,and a new record Jimmy & The Moon, produced by Hugh Christopher Brown”

“The jangly, hooky roots rock of the Stephen Stanley Band’s first album, Jimmy & The Moon, will sound familiar to fans of Lowest of the Low, who for decades have heard Stanley’s guitar motifs embellishing the band’s classic songs.” – Now Toronto

“The album had me hooked from beginning to end.” – Canadian Beats

“The songs are big and bold, unafraid, unashamed to flaunt their heritage… This is the work of a veteran who still has things to say.” – Americana UK

“…Toronto’s Stephen Stanley certainly sounds like the type of guy you’d like to hang out with — his is an engaging brand of rock for grown-ups, awash with E Street flourishes and head-bobbing harmonies. ” – North of Boston

“Roots rock band have to mean it or things will apart pretty damn quickly. But when it’s done right, it can be great and heartfelt. Canadian quartet The Stephen Stanley Band are pushing all the right buttons on their new album Jimmy & the Moon…” – Here Comes The Flood

Listen to a great interview our great host Jeff Robson did on his fabulous radio show “Tell The Band To Go Home” a couple of weeks ago.