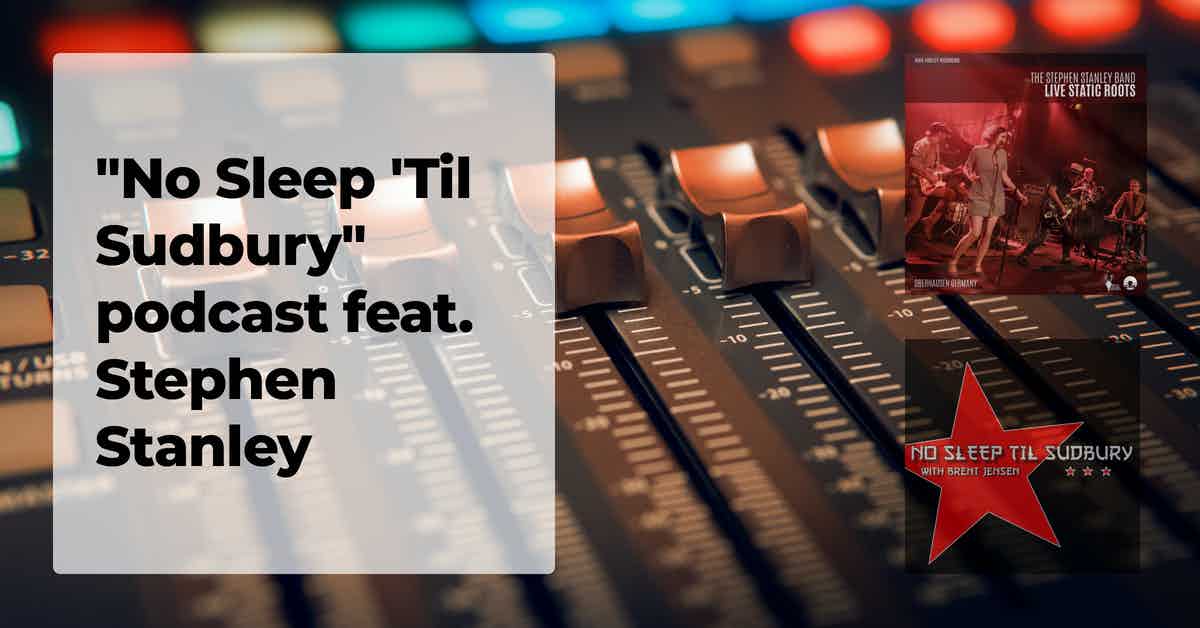 "My pal Stephen Stanley just released an incredible live record, and he joins me to talk about it this week on NSTS. The record is called Live Static Roots, recorded in Oberhausen, Germany during his 2018 European tour. And it's killer - check it out wherever you access your music.

In keeping with the live music theme, Stephen brings in seven live tracks that have made his skin vibrate over the course of his life. And as it always is with Stephen, the discussion is rich and rewarding. Does he get his No Sleep 'til Sudbury members club jacket promised to him during his last appearance on the show? Listen to find out!"

Check out the podcast here...