Singer, songwriter, and multi-instrumentalist Sierra Ferrell based out of Nashville by way of West Virginia is an amazing talent and a rising star. NPR named her one of the best new artists playing AmericanaFest in 2019. For our "stay safe sessions", Sierra Ferrell recorded her great song "Jeremiah". 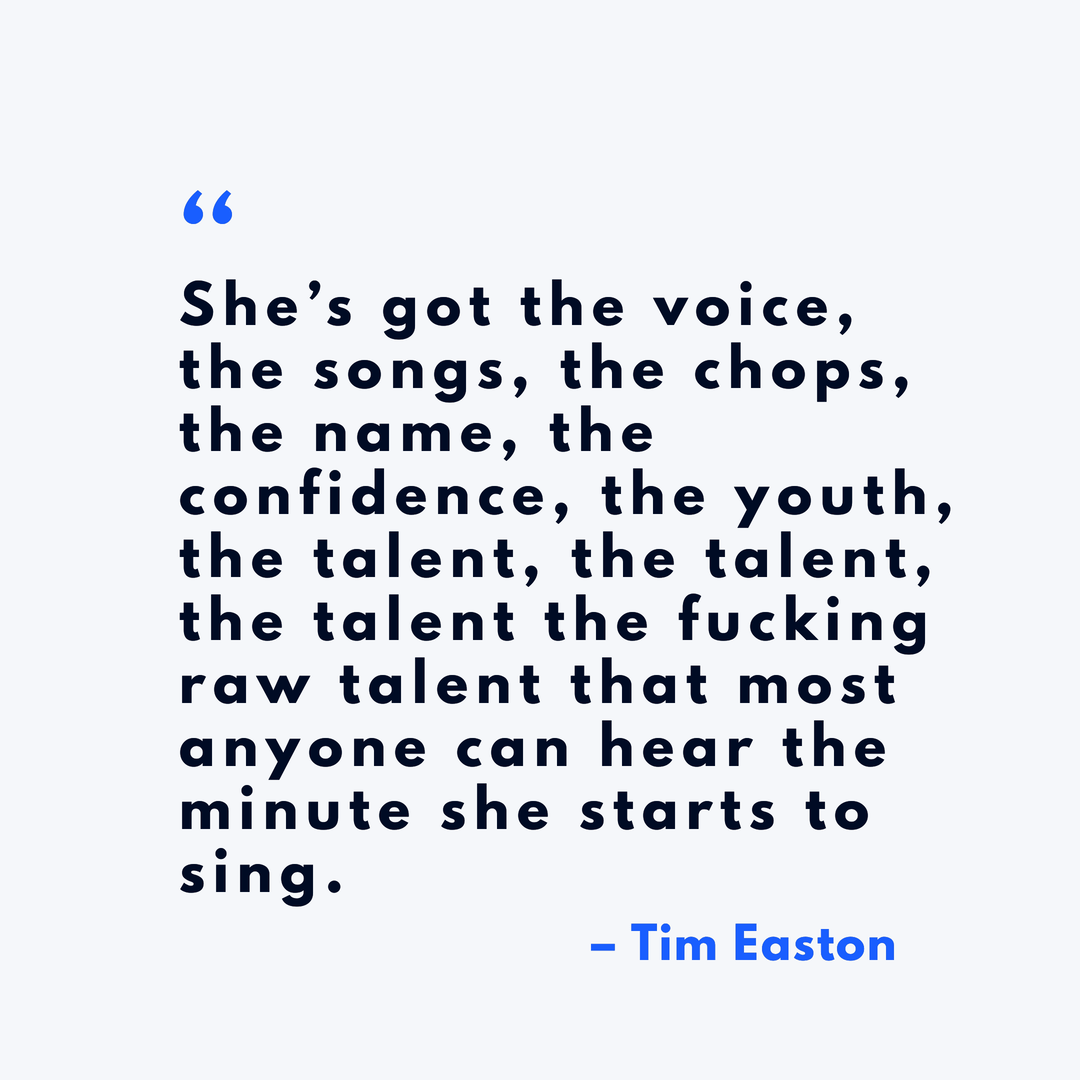 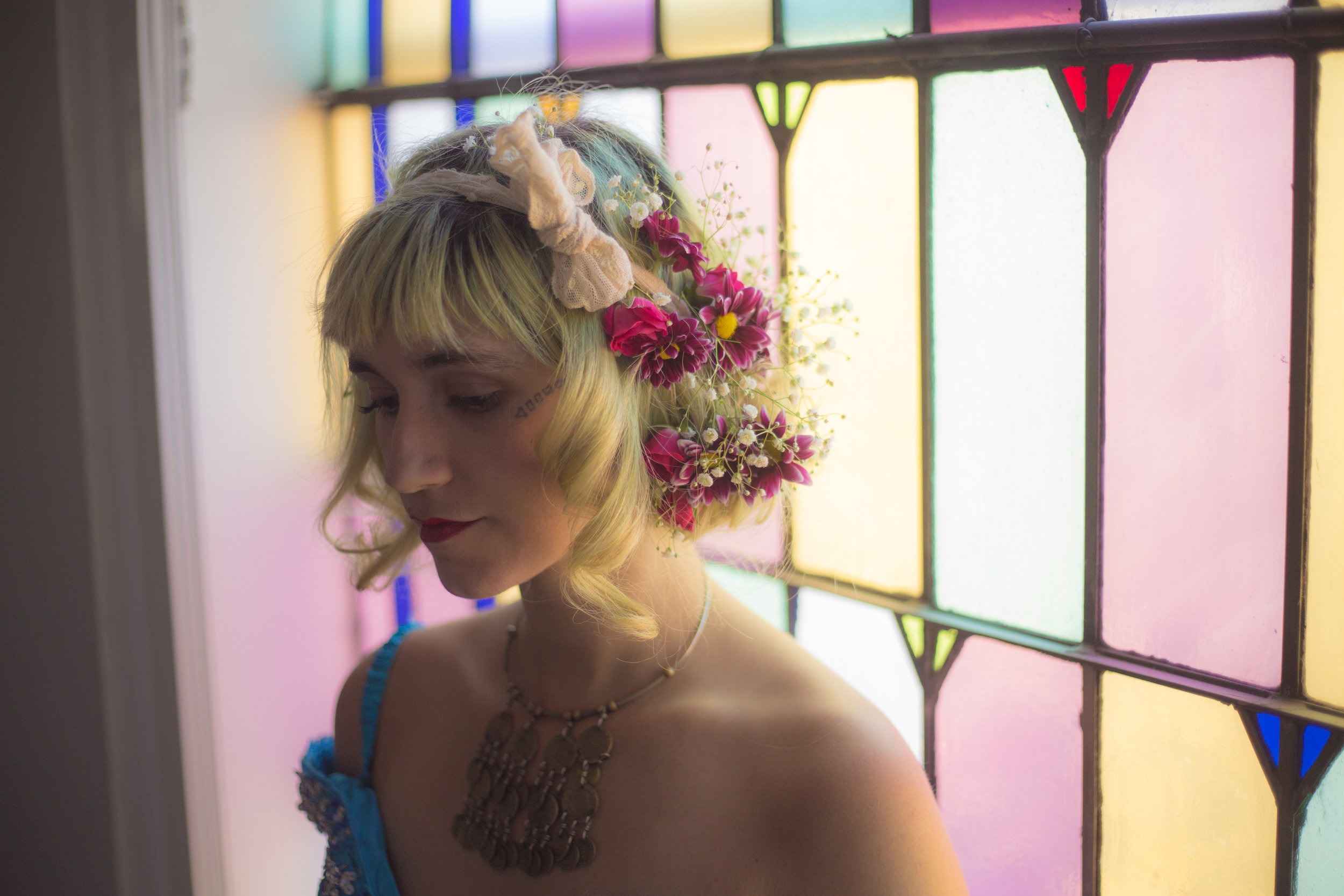 Earlier this year, our friend Tim Easton wrote a sublime hymn of praise about Sierra:

"I was at Folk Alliance in New Orleans a few weeks ago, and I am just now getting around to writing about a specific singer I heard. This morning I find myself waking up in yet another Shreveport Casino hotel room. I’ve never played a note in a Shreveport club, but it just happens to be a convenient Southern crossroads location to get a cheap room in when a traveler has a night off. Tonight, I will be playing down the road in Baton Rouge.

Every now and then, but mostly then, an artist comes along that makes every other reasonable artist turn and say “oh my, there it is, that is talent, please make your way to the front of the pack and kick some ass already.” Sierra Ferrell is exactly that. She’s got the voice, the songs, the chops, the name, the confidence, the youth, the talent, the talent, the talent the fucking raw talent that most anyone can hear the minute she starts to sing. I haven’t felt this way about a voice since 2011 when Jonny Fritz played me an iPhone recording he had made of Cary Ann Hearst singing in a parking lot, before Shovels & Rope were packing houses.

You can label Sierra whatever you want but this West Virginia traveler is what pure country or American roots music is all about and she is clearly and soundly in the same class as other underground not so underground anymore country music heroes Sturgill Simpson or Tyler Childers. I’m really not sure if mainstream Music Row will ever catch up with the important music these cats are making or just continue to pump out the artificial drivel that hasn’t gotten any better since colleges started offering “music business” degrees. It doesn’t matter. Soon enough, the young country stars being courted by labels will have been influenced more by these guys than Blake Shelton or whoever.

Anyway, you music fans and artists are going to be seeing and hearing plenty about Sierra Ferrell. The machine has jumped on board, the “team” is in place, and the festivals are calling—and for for good reason. You can put all the superlatives and metaphors about mountain streams and whiskey soaked barrooms you want in her bio and it won’t matter a damn bit after the listener hears her voice coming through the speakers. It’s like catching Loretta Lynn just a few weeks after she left Butcher Holler.

Sierra’s music is simply closer to the roots and branches of American music than a lot of the suburban pulp out there. It will be part of the fabric of the next generation of roots music fans regardless. I’ll never forget the first words she ever said to my face a few weeks ago in New Orleans. It was around 3 in the morning, and the tunes and dancers were going full steam outside the Blackpot Camp headquarters. She looked me right in the eyes and asked…“Do you have any weed?” I said “no,” and those were the last words she said to me! Until next time ya badass.”

We are absolutely excited to present Sierra Ferrell’s contribution to our “stay safe sessions” series, her song “Jeremiah”.

We put together the “stay safe sessions” series not only to present great music and amazing talents, but also to support the musicians during these difficult times. If you would like to support Sierra Ferrell, please PayPal to:

Or if you prefer Venmo: @sierraelizabethferrell

Thank you and stay safe!