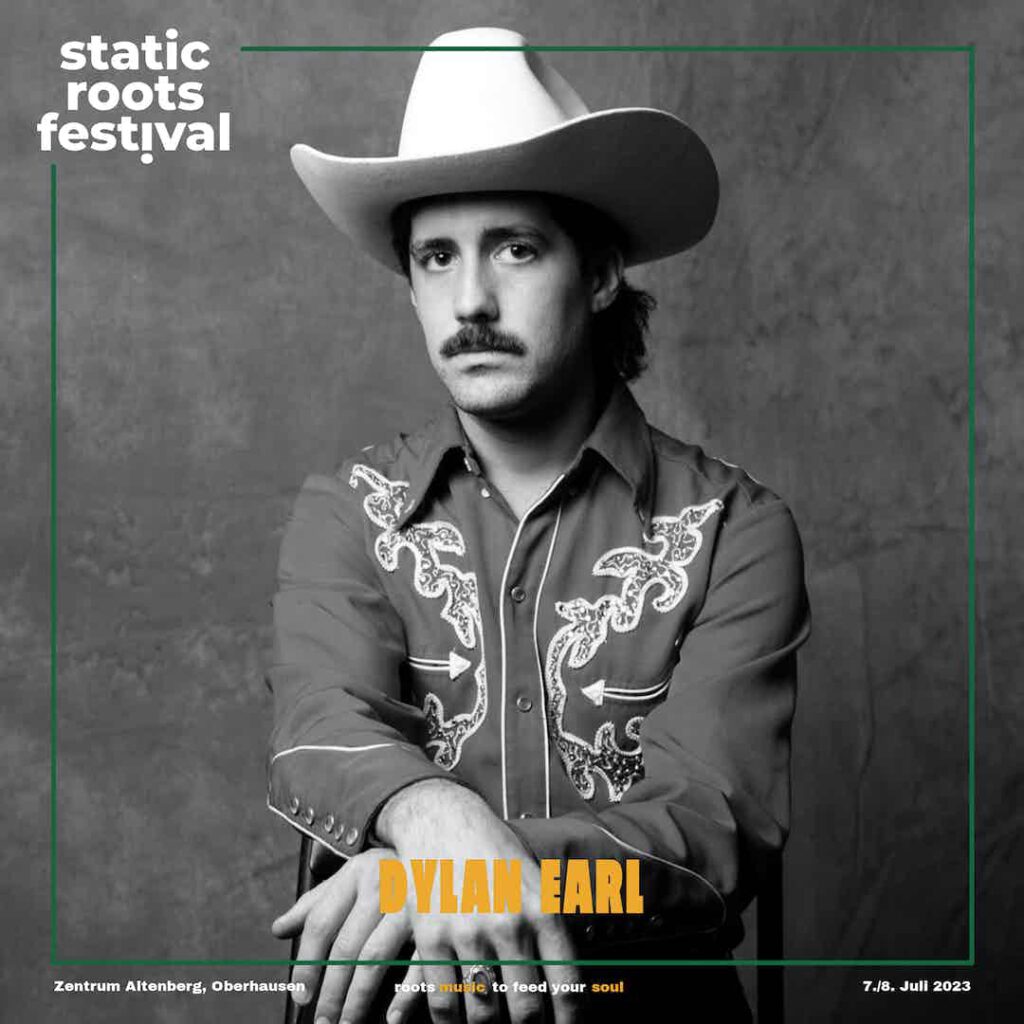 Dylan Earl, a country musician hailing from Arkansas, will be gracing the stage at the Static Roots Festival 2023. Known for his traditional country sound and songwriting abilities, Dylan's music is filled with relatable tales, humor and wit. With a background rooted in 90s country, Dylan has been honing his craft on the road and has been gaining recognition for his live performances and ability to connect with his audience.

Dylan's music is reminiscent of the golden age of country, with a touch of modernity that makes it unique. He has been praised by critics and fans alike for his ability to capture the essence of traditional country music, while infusing it with his own personal style. His live performances are known to be engaging and entertaining, and he has a talent for connecting with his audience, making them feel like they're a part of the show.

Dylan Earl - I Saw The Arkansas

But Dylan's talent doesn't stop there, he is also releasing a new album "I Saw The Arkansas" which is his 3rd LP. The album is a sonic blend of 90s neotraditional country, contemporary southern rock, and traditional folk. Through this album Dylan is recalling the many wacky stories, close encounters with the law, dizzying romances, and endless highways of this season of his life. The album is a juxtaposition of the calm yet wild beauty of the Natural State, and the inspiration and contemplation he draws from his home.

With a smooth baritone and a curious mind, Dylan tells his story earnestly, and not without laughing at himself a little bit along the way. Timeless in its unique combination of elements with nods to iconic country greats like Randy Travis, Willie Nelson and Waylon Jennings, "I Saw The Arkansas" is all at once a tender, rambunctious and ultimately classic listening experience.

Dylan Earl will be joining many more artists in the Static Roots Festival 2023, taking place in Oberhausen, Germany on July 7th & 8th 2023. Be sure to grab a copy of "I Saw The Arkansas" and don't miss Dylan's performance at the festival.

Stay tuned for more lineup announcements and be sure to grab your early bird tickets before they're gone!