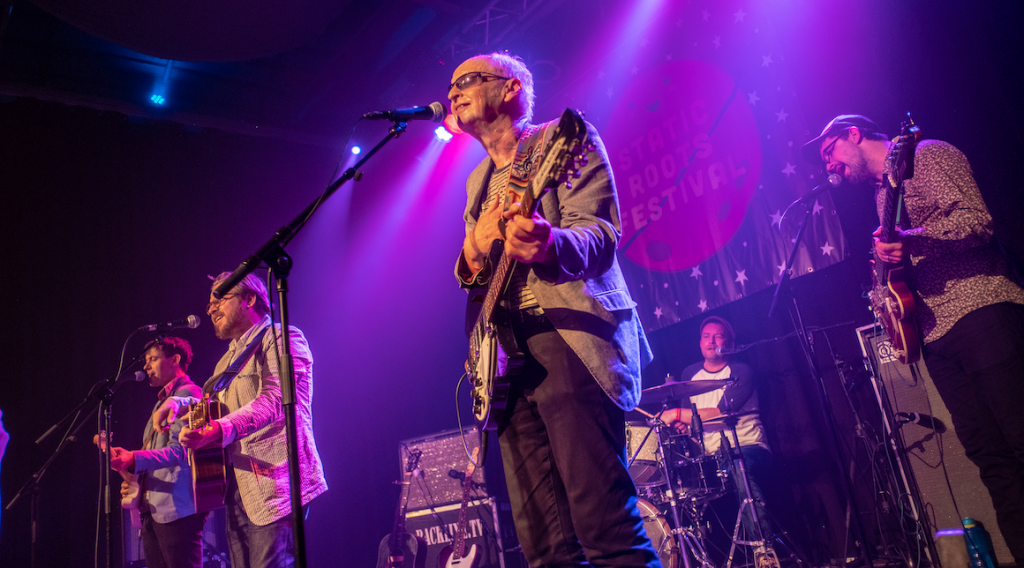 Their first ever gig in Germany at the Static Roots Festival 2018 was simply phenomenal. Now the readers of the Americana-UK named Bennett Wilson Poole the “Best Band of 2018” with Runners-up like Jason Isbell & The 400 Unit, Darlingside, Curse of Lono or 3hattrio:

“Well it’s been a tradition over the years that Danny & the Champs feature in the best band category in our end of year poll – one of the great certainties in life along with the sun rising, toast falling buttered side down and the size of a pack of Jaffa Cakes shrinking, but look! There’s no sign of them this year. Has the world finally gone mad? Rest easy dear reader, for the latest band to include Danny George Wilson has taken the top spot, featuring our man himself along with comrades in music Robin Bennett and Tony Poole. It’s a record which it’s fair to say has had a huge impact on the UK americana scene – it was chosen by two of our writers as their album of the year. Danny told us: “A huge thanks to the Americana UK community for this…. a real thrill and an honour. It’s been an amazing and wholly unexpected year… that the album and the shows have been taken into the hearts and homes of folks is something that we’re humbled by… love and thanks to all of you and to everyone who’s made this all happen.”