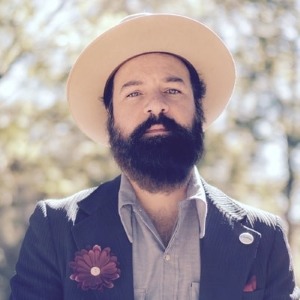 The Rolling Stone calls him “A singer-songwriter that is one of the Country and Americana scene’s true journeymen.”

His music is prominently featured in TV series like “Nashville”, “The Vampire Diaries”, or “The Ranch”  and in movies like “Jolene” and Jackass’ “Bad Grandpa”.

We are very excited to announce

as part of the Static Roots Festival 2019 line up

Don will be joined by Travis Stock on bass, the brilliant Jim Maving on guitar, Joe Harvey-White (The Hanging Stars) on pedal steel, and Steve Brookes (Danny And The Champs, Orphan Colours) on drums.

From the foot of Mount Tamalpais, just north of San Francisco and east of the Pacific shore, to East Nashville’s stubbornly independent community of young artists and musicians, singer/songwriter Don Gallardo’s path has always steered clear of the mainstream.

Traces of his journey illuminate his newest album. Begin with its title, Still Here, an assertion that he has learned from life and expressed its lessons in songs. Many have taken note already, including MOJO Magazine (“Gallardo nods to country’s most distant past while sounding like its very near future”), No Depression (“highly recommended to fans of great songwriters”) and, several times, Rolling Stone, who most recently heralded him as one of “10 Artists You Need To Know” in 2017.

The times have caught up with Gallardo, whose love for musical tradition and willingness to melt genre barriers anticipated the Americana boom by at least a decade. On Still Here, “The Bitter End” conjures a neon-lit honky-tonk. An ambling beat and jaunty clarinet on “Stay Awhile” suggest a carefree jazz lounge. Raw roots-rock, a storefront church testimonial, an intimate acoustic-and-steel waltz… each track is an echo of something Gallardo heard and filed away until the right lyric came along.

And lyrics have always been central to his writing. Poetic sensitivity, honesty, and sprinkles of humor find common ground throughout Still Here. The album opens introspectively with “Something I Gotta Learn” (“I’d face the sideways rain but it’s easier to complain. / Is this my curse or just something I gotta learn?”) and “Kicking Up The Pavement” (“You know I am a proud man. / I never said I was a good man.”) From there, it winds through a landscape of wry resignation with “Same Ol’ Alley Talkin’ Blues” (“Life ain’t easy. In fact it’s rough / until you’ve figured out you’ve had enough”), weary wisdom on “The Losing Kind” (“This life I’ve been living, I’m too old to give it up now. / I’ve been singing to strangers in the hopes that they feel it somehow”), and more.

Then, with a pair of farewells, “Ballad Of A Stranger’s Heart” and “Trains Go By,” Still Here leaves us with the knowledge that Gallardo touches us as few artists of our time can do.

To longtime listeners, this is hardly news. But Still Here represents something new for Gallardo, a corner turned and a step taken upward toward a new level of creativity. “On every record I’ve released until now, I’ve written everything on my own except for a song here or there,” he says. “For this one, I wanted to step out of that box.”

So, all but two songs on Still Here were by Gallardo and a co-writer. Significantly, each is as personal as anything else in his catalog. “I didn’t change much in the way I approached these

songs,” he points out. “What changed was the way I approach a melody. I wanted to sing melodies that weren’t like the ones I normally write. I did this to become a better singer. So I reached out to some songwriters I really like.”

With Mando Saenz, Robby Hecht, Tim Easton, and other gifted collaborators, Gallardo emerged with a passel of new songs he was eager to record. Beginning with bare-bones demos of voice and acoustic guitar, he recruited a team of musicians who knew how to tap into the spirit of each composition, including Old Crow Medicine Show mandolinist/steel player Joe Andrews, keyboardist Micah Hulscher from Margo Price’s band and Dave Roe, who played with Johnny Cash for 12 years and played on Sturgill Simpson and Dan Auerbach’s last albums.

With his writing and performing partners, Gallardo achieved something rare with Still Here: a perfect flow of diverse stories into a single emotional statement. “The title of the album says it,” he says. “I’ve been playing for a long time. It hasn’t always been easy. Lots of opportunities seemed to present themselves and then disappear. I’m not complaining. That’s the way the music business is. So what do you do? You keep going forward. That’s what my dad and mom taught me when I was a kid.”

It’s not about just the music business, though. Still Here is about how each of us choose to process what comes our way in this world. That’s what Gallardo learned from his parents back at the foot of Mount Tam in Fairfax, California. He carried their message with him through his travels throughout Northern California, two and a half years in Los Angeles, multiple performances before a growing legion of fans throughout the United Kingdom, and finally now to his East Nashville home, where he has resided for over 9 years.

With Still Here, he passes it to us. And we too move onward.

“The intersection of folk, road-worn country and amplified bluegrass, performed by a singer-songwriter who began earning his road-dog stripes before the new millennium.” – ROLLING STONE

“A singer-songwriter that is one of the Country and Americana scene’s true journeymen.” – ROLLING STONE – 2016​

4 of 5 Stars “Nashville Singer-songwriter continues Country’s regeneration. Gallardo nods to country’s most distant past while sounding like its very near future.” – MOJO Magazine

“Nashville’s own singer songwriter Don Gallardo presents his own folk tinged take on alt-country and Americana combined with a retro 70’s aesthetic. Hailed by critics, Rolling Stone hailed him as, “one of Americana’s true journeyman”. Gallardo describes himself as a road warrior due to his frequent touring, and his life on the road certainly shines through his music. With musical themes that evoke images of rolling American landscapes, Don Gallardo is the perfect choice to throw on any road trip playlist.” – Lightning 100 (WRLT FM) Nashville, TN

​”If you appreciate the good stuff- the stand by artists and albums that never let you down: Wilco, Beatles, The Band, Neil Young, Bob Dylan. There is enough complicated listening out there and our ears deserve something that’s righteous, honest and ballsy in just the right spots and Gallardo nails that equation” – Glide Magazine

“Some great music and great songs. We love him here in Nashville.” – Dan Buckley at Lightning 100 (100.1FM Nashville)

4 of 5 Stars “Gallardo is the real deal” – Maverick Magazine

“The songwriting and performances on this collection is stellar; a gathering of songs that goes right to the soul and mind, simultaneously. Some incredibly fine music. Don Gallardo certainly understand the art of crafting a story-song and threading the songs together to deliver an album that’s “readable.” And he’s done it seamlessly with Hickory. It’s time to shine the light on this masterful songwriter.” – PopDose

“Hickory is really beautiful. Down In The Valley is a gorgeous track. I really loved what I’ve heard and its a step up from previous works” – Ralph McLean BBC Ulster

“An intriguing and intoxicating brew of country, folk and rootsy tracks. I was impressed.” – Mike Ritchie Celtic FM Scotland

“Gallardo is a diverse performer with a lyrical depth and soothing vocal style which helps his songs weave between genres effortlessly hopping from alt-country to indie rock to classic rock in his purely Americana tracks that channel influences like Uncle Tupelo, The Band, Grateful Dead, and Wilco.“ – No Country For New Nashville

“Don Gallardo is a masterful artist perfectly equipped to interpret American roots music in am impressive style to totally engage the listener.” – Three Chords & The Truth

“One of my favorite singers. His new album is beautiful” – Noel Casey of 103.2 Dublin City FM

“If you enjoyed albums such as Southeastern by Jason Isbell, then I think you might enjoy Hickory. The voice of a man comfortable in his skin and with something to say.” – Meetwood Flac Blogspot

“Thought provoking storytelling that stays long after you have stopped listening, this album is cleverly arranged to ensure that despite the introspective moments we don’t stay down for long.…..Dark, moody folk tales as well the requisite songs that tell of love lost…masterful melody, thoughtful lyrics, and honeyed vocals….” – Nashville Over Here