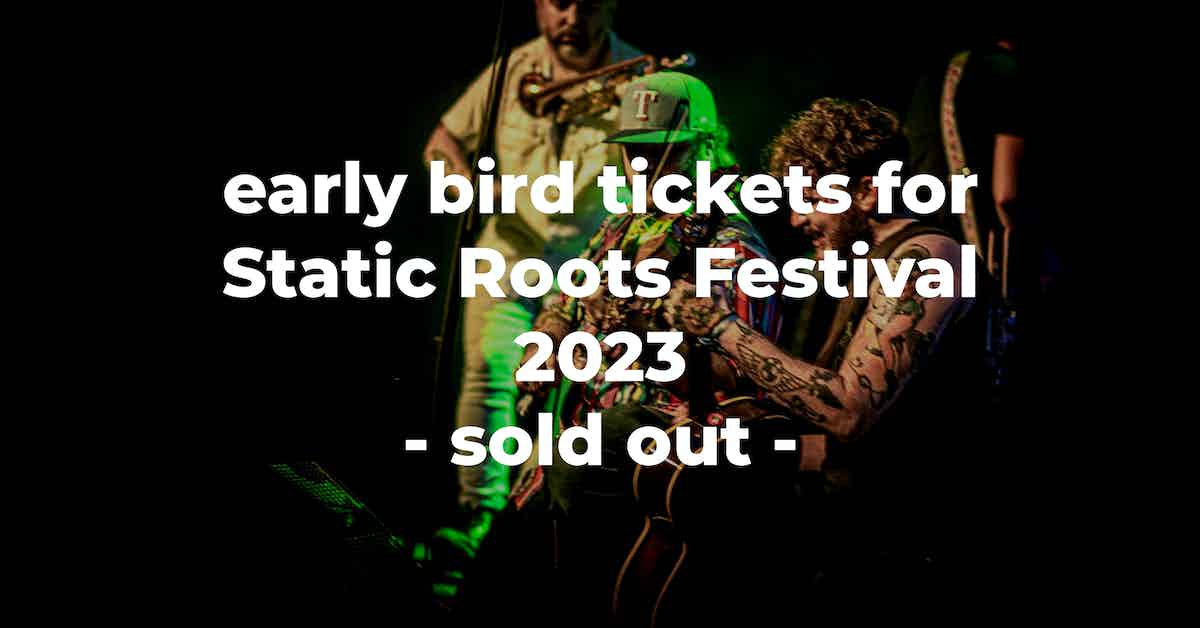 The Static Roots Festival 2023 is fast approaching and we are excited to announce that the early bird tickets have completely sold out within 36 hours of going on sale. We are now opening up regular ticket sales for the festival, taking place on the 7th and 8th of July in Oberhausen.

First on the bill is the talented Malin Pettersen from Norway. With her EP "Alonesome" (2019) and full-length album "Wildhorse" (2020), Malin has gone from being a well-kept secret in her homeland to international acclaim in magazines like Forbes, Billboard, and Rolling Stone. Currently working on her third full-length album, Malin is not slowing down and her musical scope keeps evolving as she continues to explore her own musicianship as well as the world.

Dylan Earl, a country musician from Arkansas, is known for his traditional country sound and witty songwriting. He's the kind of artist that tells it like it is, with a sharp sense of humor and a heart of gold. His new album "I Saw The Arkansas" is a classic listening experience that combines elements of modern and traditional country, with nods to greats like Randy Travis, Willie Nelson, and Waylon Jennings.

Beth // James, an indie-Americana duo from Austin, Texas, is made up of award-winning singer-songwriters Mikaela and Jordan Burchill. With their debut album "Get Together," produced by James Petralli of White Denim, the duo showcases their ability to blend genres, hopping from gaze-to-infinity Americana twang to twinkling vintage-inflected indie pop to hold-your-lighter-to-the-air love songs. Their showstopping harmonies and insightful songwriting will make them a must-see act at the Static Roots Festival 2023.

roots music to feed your soul

Malin Pettersen from Norway, Dylan Earl from Arkansas, and Beth // James from Austin, Texas are just a few of the talented acts that will be taking the stage at this year's Static Roots Festival. With a lineup that spans a wide range of roots music, there's something for everyone to enjoy.

Don't miss your chance to experience "roots music to feed your soul" and grab your tickets now before they sell out!

Head on over to our page for the static roots festival 2023
Click here...